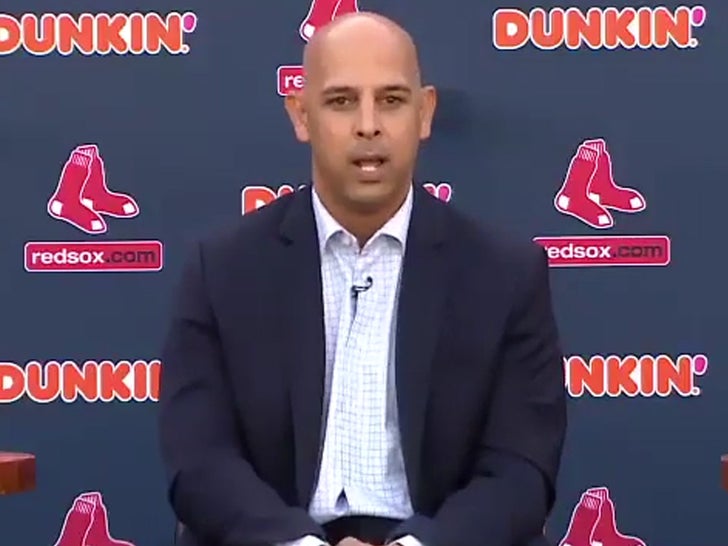 Alex Cora is apologizing for his role in the Houston Astros cheating scandal -- and admitting he "deserved" the punishment he received from Major League Baseball.

45-year-old Cora was a bench coach for the 'Stros during the 2017 season -- and parlayed his success into a better job, manager of the Boston Red Sox.

Of course, an MLB investigation found Cora and several others used technology to steal pitching signs from other teams -- which ultimately gave an advantage to Houston's hitters. Cora has previously said he was not the "sole mastermind" but he's clearly accepting some of the blame.

After MLB's investigation, Cora was slapped with a 1-year suspension and the Red Sox parted ways with him.

But, now that the ban is up, the Sox have hired him back -- and he broke his silence about the situation Tuesday during a press conference.

"I deserved what happened this year," Cora told reporters about his suspension ... "It's something that I'm not proud of."

"We went through the whole process with the Commissioner's Office and the Dept. of Investigations, at the end, I got my penalty and I served it."

Cora apologized to the Red Sox for putting them in a tough spot after they hired him -- saying he understands it made the organization look bad.

"As a leader, as a person that enjoys the game -- I put this organization in a tough spot and I'm sorry."

Cora says he doesn't want to exploit his 2nd chance "to make it seem like it's a great comeback story."

Instead, Cora says he wants other people to learn from his mistakes so they don't go down the same road.

"This situation is part of who I am for the rest of my career. As a man, I have to deal with it. I don’t want people to make it seem like it's a great comeback story."

He added, "I know there’s a lot of people that I disappointed and for that I’m sorry … I'm still Alex, I made a mistake."