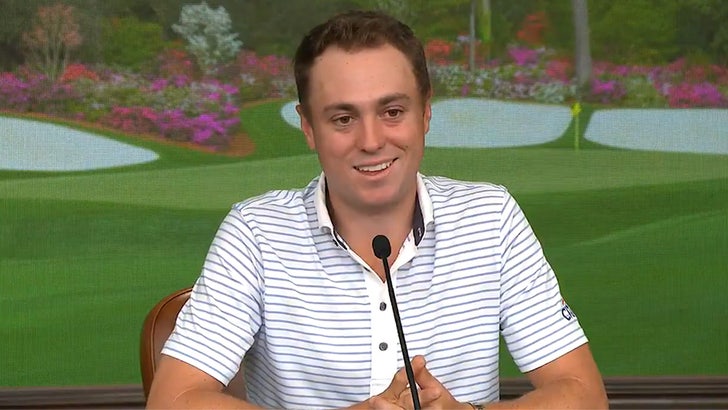 The reality of missing out on The Masters is settling in for Tiger Woods ... his golf pal, Justin Thomas, says the injured star is “bummed" to not be playing this weekend.

JT explained the situation to reporters at a news conference Tuesday ... saying Tiger just hit him up last week and expressed sadness over not being able to compete for his sixth green jacket.

"We texted Friday morning, and he said it's kind of starting to set in," Thomas revealed. "He's bummed he's not here playing practice rounds with us, and we hate it too."

Thomas -- who normally has all of his Masters practice rounds with Woods -- says he's visited Tiger several times in the past few weeks out in Florida.

JT didn't reveal how the recovery process is going for the 45-year-old ... but the fact that he's texting about golf appears to be at least a somewhat good sign he's on the mend.

As we previously reported, Woods suffered horrific leg injuries in a car crash in California on Feb. 23 ... and just returned to Florida from the hospital about 3 weeks ago.

He's not expected to make an appearance at this weekend's event -- a tourney he's DOMINATED over the years -- but some of the guys are still honoring him, nonetheless.

In addition to Thomas lamenting not being able to play with him this week ... Woods' other golf bud, Fred Couples, rocked a Tiger mask at the course Tuesday to show support.

Thinking of my guy @tigerwoods during this week @themasters. I’ll miss you tonight at dinner. Not the same without you. pic.twitter.com/AigjVx2HIZ

"Not the same without you," Couples tweeted.

The Masters -- which Tiger last won in 2019 -- kicks off Thursday morning ... and is set to conclude on Sunday. 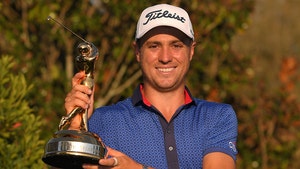 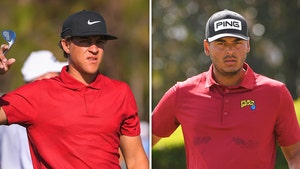 Tiger Woods Thanks Golfers for Red Shirt Tribute, 'Helping Me Get Through This Tough Time'