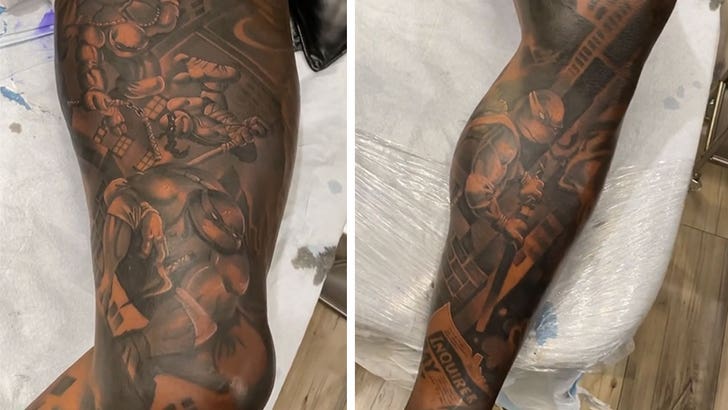 Some of the fastest legs in sports are now also officially the coolest looking ... 'cause Robert Griffin III just completed a tattoo sleeve on his leg with pics of the Ninja Turtles -- and they're AWESOME!!

RGIII's leg art has been in the works for months -- he famously got Hulk and Goku inked on his left limb back in September -- but he was finally able to finish off the piece this past weekend.

We're told Griffin turned to Nic Westfall, the same guy who did the original artwork, to add on Teenage Mutant Ninja Turtles and a Black Panther piece ... and you can see in the pics and vids, it all came out great. 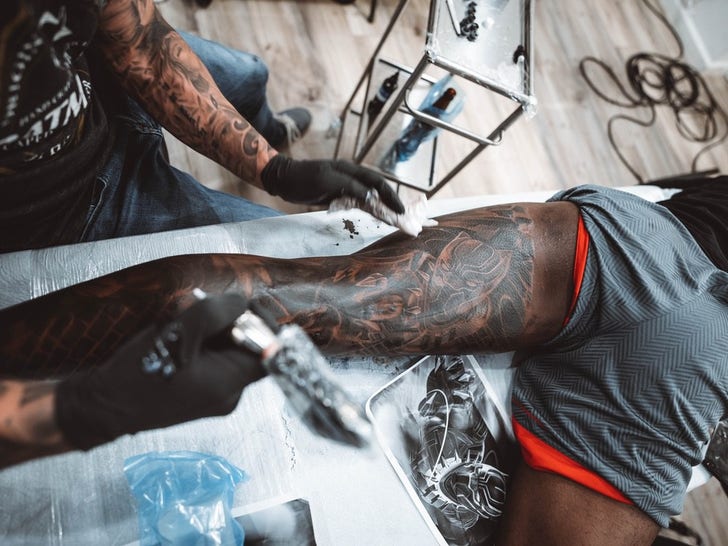 Westfall tells us RGIII came out to Sacramento to get the work done ... and sat like a rock for HOURS to get the ink all packed in.

Westfall says he needled RGIII's leg for the Ninja Turtles portion from around 10:30 a.m. to around 10 p.m. on Saturday -- only taking breaks to watch the UFC fights.

On Sunday, Westfall says RGIII returned from about 11 a.m. to 4 p.m. to put on the Black Panther tattoo.

As for why all the superhero characters, RGIII is a notorious cartoon and comic book nerd ... even rocking a "TMNT" shirt and socks to the tattoo sesh!! 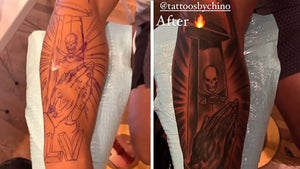 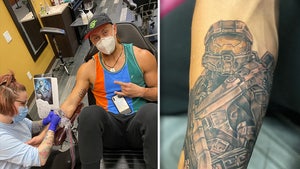 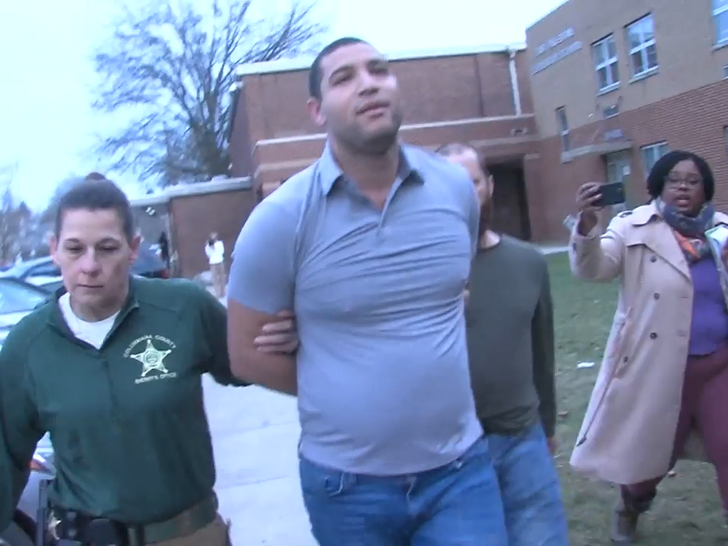