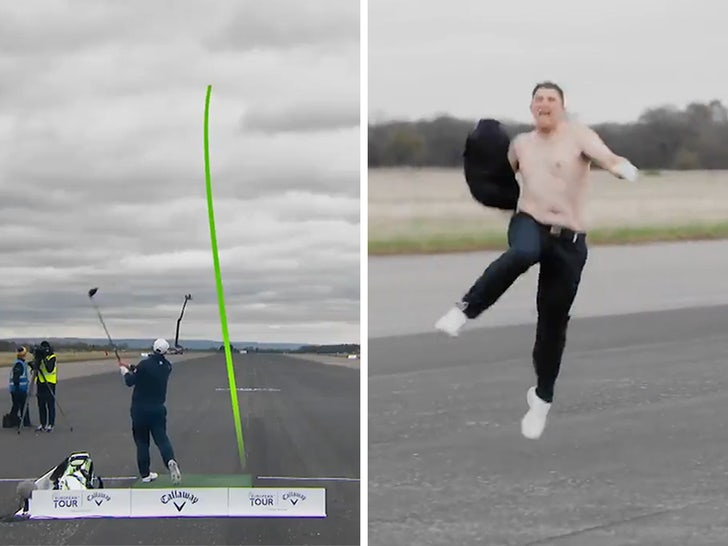 Wanna see a pro golfer hit bombs into a speeding BMW ... while revealing an epic dad bod in the process?!?

Good news ... Marcus Armitage did just that this month -- and the video of it all is pretty awesome!!!

Here's the deal ... Armitage and pro driver Paul O'Neill set out on April 8 to break the Guinness World Record for longest drive hit into a moving car.

The guys went out to an open track, set up a driving range mat and dozens of cameras -- and then Armitage went to work striping golf balls.

The dudes thought they had broken the record in one of their 1st attempts -- Armitage hit a baby fade that landed in the Beamer perfectly, and he celebrated by stripping off his shirt!!

The problem? The ball only traveled 268 yards -- JUST short of the previous 273-yard world record.

So, Armitage put his shirt back on ... and went back to work.

But, finally, after double-digit attempts, a 303-yard drive landed perfectly in the ride ... and the guys celebrated by spinning donuts!!

It was all good times ... but anybody getting the itch to try to already top it?!? 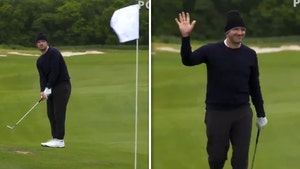 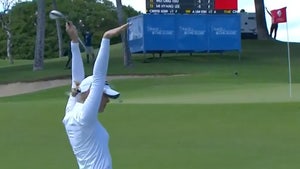