That's Michael Rapaport BEGGING Floyd Mayweather to whoop Logan Paul's ass ... saying the social media star is destroying the sport of boxing by claiming to be a real fighter.

"This is a message directly to Floyd Mayweather," Rapaport said during an interview that will air in its entirety on "Drinks With Binks" on fubo Sports Network at 8 PM Wednesday.

Rapaport's beef with Logan is simple ... he believes the guy is disrespecting the sport by not taking it seriously, yet he's still headlining cards and getting massive paydays.

Michael wants Floyd to put a hurting on Logan BADLY ... saying he believes that'll end the streak of YouTubers thinking they're real fighters.

"It is such a disrespect to the sport of boxing," Rapaport says ... "For every blow that Muhammad Ali and Joe Frazier took and gave each other -- he has to kick his ass."

"I know a lot of people don't like Floyd Mayweather but the irony of it is that the whole world, I think, I hope, is going to be rooting for Floyd Mayweather and this will end in an embarrassing fashion."

Rapaport added that Floyd should "take the money and beat the s*** out of him."

The Mayweather-Paul fight is slated to go down on Sunday, June 6 at Hard Rock Stadium. 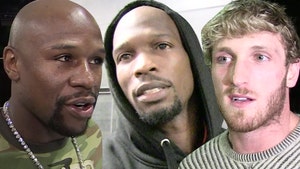 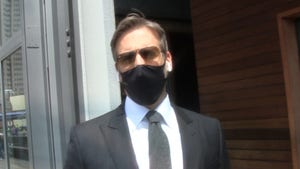