Tokyo Olympics athletes will NOT be allowed to wear "Black Lives Matter" apparel at Games ceremonies this summer ... officials have confirmed that's part of the ban on protests and political messages.

The IOC revealed its broad policy two weeks ago on no demonstrations on the field of play, during an official ceremony or at the podium ... but the Associated Press reported this week officials have now confirmed "BLM" apparel is included in that ban.

Officials, though, say "BLM" slogans will be allowed during at least some parts of the Games -- such as at press conferences, during interviews and at team meetings.

But, they stressed if the messaging comes during official ceremonies, at the podium or during competition ... athletes could be subject to punishment.

The IOC has said the ban on protesting was put in place after a "majority" of 3,500 athletes it polled were in favor of strict rules against demonstrations.

"A very clear majority of athletes said that they think it's not appropriate to demonstrate or express their views on the field of play, at the official ceremonies or at the podium," IOC Athletes' Commission chief Kirsty Coventry said.

"So our recommendation is to preserve the podium, field of play and official ceremonies from any kind of protest or demonstrations or acts perceived as such."

It's unclear what kind of punishment athletes will be subject to if they break the rules ... the IOC is saying, for now, it's all going to be determined on a case-by-case basis. 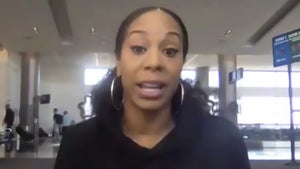 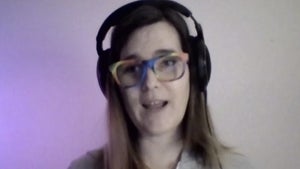