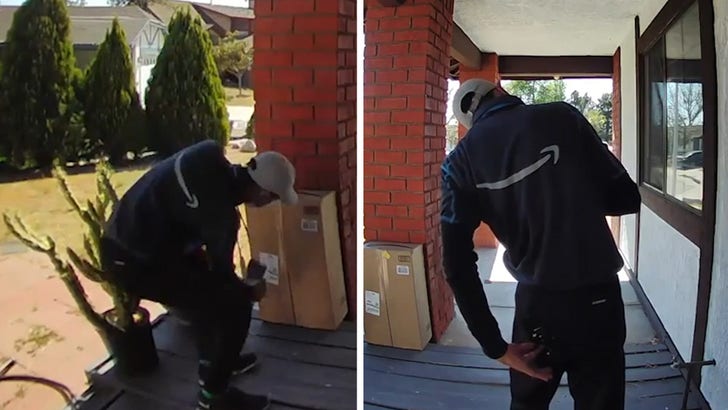 This poor Amazon delivery guy deserves hazard pay -- and an ice pack for his ass -- after going to battle with a cactus while dropping off a package.

Ring video shows the San Bernardino delivery worker dropping off a package on a front porch, oblivious to the cactus behind him as he was bending over. And then, ouch!!! Looks like he got at least 10 quills ... right in the butt, Bob.

Of course, he immediately jumped in pain, but then he kinda laughed at his misfortune ... like he couldn't believe it happened. Making matters worse, no one was home to help him, and he had to go solo to pick out the thorns.

At the end of the video he says he's good, and gives a thumbs up ... but that's hard to believe. Sitting down in his van musta been a bitch!!!