A signed Tom Brady card PACKED with diamonds was just pulled out of a wild box break this week ... and it's got everyone wondering -- is this the greatest TB12 card ever!?

The card -- a 1-of-1 -- features an image of Brady, the Super Bowl XXXVIII logo, Brady's signature and inscription ... plus over two dozen REAL diamonds!!

It was all pulled thanks to Bryan from Ultimate Box Breaks ... who purchased the $6,000 Panini America box this week and split it 32 ways between collectors.

Bryan tells TMZ Sports some of his followers/card enthusiasts agreed to buy in for around $160 -- and each one was then assigned 1 of the 32 NFL teams.

The deal was simple ... whatever team the player's card was on -- that collector would get the item.

Turns out, the guy who had the Patriots scored BIG TIME -- 'cause Bryan tells us the dude is just a regular Joe who so happens to be a huge New England and Brady fan!

As for his plans for the card now, Bryan says it's unclear whether the guy will sell it or hold it ... but it is clear the card could be worth a small fortune nonetheless.

Could this one top that? Perhaps ... it's got freakin' diamonds in it!!! 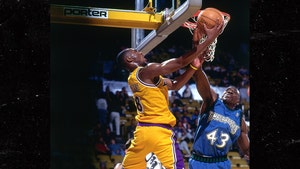 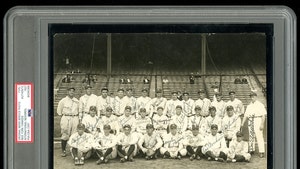