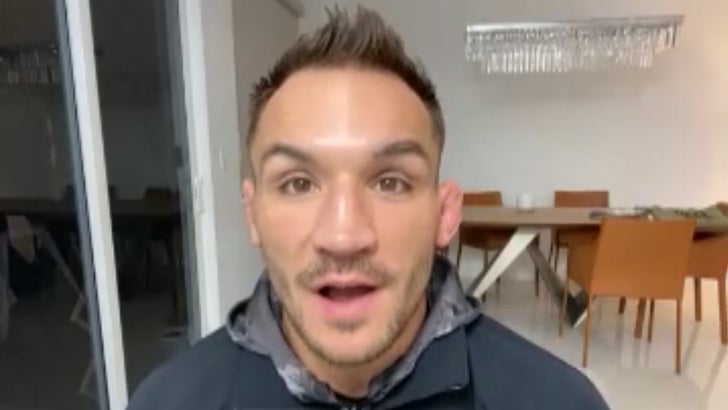 Michael Chandler REALLY hopes Conor McGregor can return to his old, dominant self ... not just because he loves a comeback story, but also he knows it would be HUGE for his bank account.

If he wins that fight, Chandler will likely get the winner of Dustin Poirier vs. Conor McGregor ... and he's fired up about the whole situation.

Chandler says he has a ton of respect for Poirier but admits, "I want to see Conor come back, man. There’s nothing better than when a guy as big as Conor McGregor, falls short, loses and is able to pull himself back and win. It’s a huge story, it’s a huge storyline."

McGregor was also knocked out by Dustin Poirier in January 2021 -- leaving some to wonder if Conor's best days are behind him.

But, Chandler says a McGregor victory over Poirier would be huge for the sport -- and could also set up a very lucrative fight for himself.

As for his current opponent, Charles Oliveira, Chandler knows how dangerous he is. 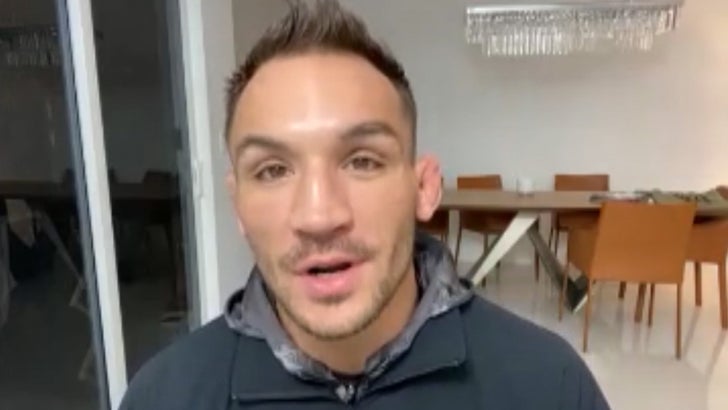 "Charles Olivera has cut his teeth in this UFC lightweight division over the last couple of years. 8-0 in his last 8 fights. [He has the] most submission wins in UFC history," Chandler says ... "He’s dangerous every single place."

"But then you also got the outsider, the dark horse, the newcomer in myself. I’m going to be carrying that American Flag, I come to fight, I’m going to keep you on the edge of your seat. You don’t know what’s going to happen whenever I’m inside that Octagon. I’ve never been in a boring fight win, lose or draw. So UFC 262 will be top-notch entertainment for MMA fans. For everybody who’s going to be there, I can’t wait to feel your energy and hear your roars, and for everybody who’s watching out there who buys the PPV, I can’t wait to share this moment with you guys because we’re going to make history on May 15." 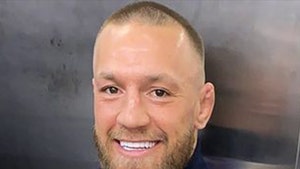