Novak Djokovic lost his cool on the court in a BIG way Tuesday ... going off on an umpire in an epic meltdown -- and the entire tantrum was captured on video.

It all went down at the Italian Open in Rome, when Djokovic got upset with an umpire for letting his match with Taylor Fritz go on despite heavy rain.

In video from the court, Djokovic can be heard exploding on the ump ... "How much more do you want to play?!"

Novak was fuming over the clay court's conditions under the falling rain ... and when the ump responded, "I want to check the court," Djokovic continued to yell.

"I asked you three times!" the world's #1-ranked tennis player said. "You're not checking anything!"

The two exchanged more words ... before Djokovic ultimately walked off the court and sought cover in the tunnel area.

The match was eventually suspended due to the weather a few minutes later.

Every angle of Novak Djokovic completely destroying his racquet which left the court damaged. 🔥🔥🔥

Of course, this is far from Djokovic's first outburst on the court ... just three months ago at the Australian Open, he demolished his racket after botching a play.

And, just a few months before that, he was DQ'ed from the U.S. Open for angrily hitting a ball that struck a lineswoman in the head.

Djokovic apologized for that outburst ... and vowed to be better. 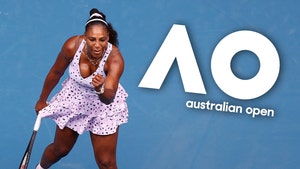 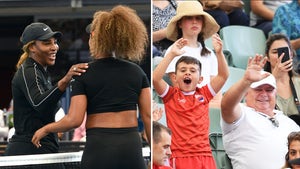