"Unfortunately, l can’t wear them no more. It’s not possible after what happened in the game."

Los Angeles Lakers star Dennis Schroder says he's DONE rocking Kyrie Irving's signature shoes ... explaining it's all 'cause the two got into a spat during a game last month.

You'll recall ... Schroder and Brooklyn's star point guard went after each other in the third quarter of the Lakers-Nets tilt on April 10 -- getting into a HEATED argument on the court.

Kyrie Irving and Dennis Schroder were both ejected after getting into it during the third quarter. pic.twitter.com/i2UEyKba3m

The two got in each others' faces so heavily, they were eventually ejected ... and afterward, Irving appeared to accuse Schroder of calling him the n-word.

"The N-word is a derogatory slur!" Irving said on Twitter, before adding, "Throw that N-word out the window, right alongside all of those other racist words used to describe my people."

The drama had appeared to have died down after that ... but it's clear, Schroder is still holding a grudge several weeks later.

The 27-year-old made a YouTube video this week revealing his insane shoe collection ... and when it came time to show off his pairs of Kyries -- he vowed to never wear them again.

"Kyrie Irving -- I have a lot of his shoes," said Schroder, who went on to say he has between 30-to-40 pairs of Irving's kicks. "Unfortunately, l can't wear them no more. It's not possible after what happened in the game"

Schroder says he's now going to do a giveaway to unload his Kyries ... explaining all of it will be shipped off to fans who reach out. 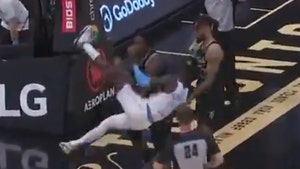 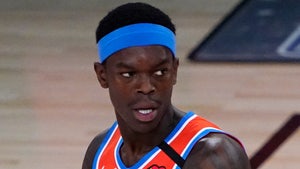