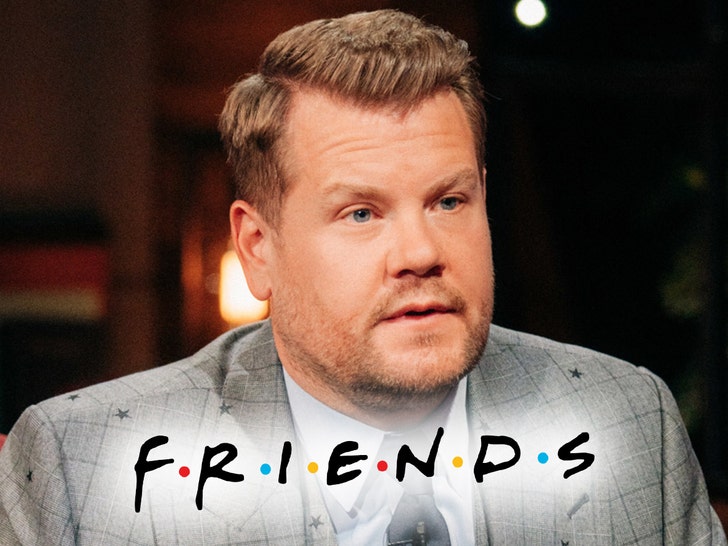 The long-awaited, highly-anticipated "Friends" reunion is suffering from a major case of buzzkill ... at least for fans who don't like James Corden ... or are worried about Matthew Perry's health.

News that "The Late Late Show" host will be hosting the "Friends" special on HBO later this month has many on social media miffed ... mostly because he has no known connection to the popular sitcom. 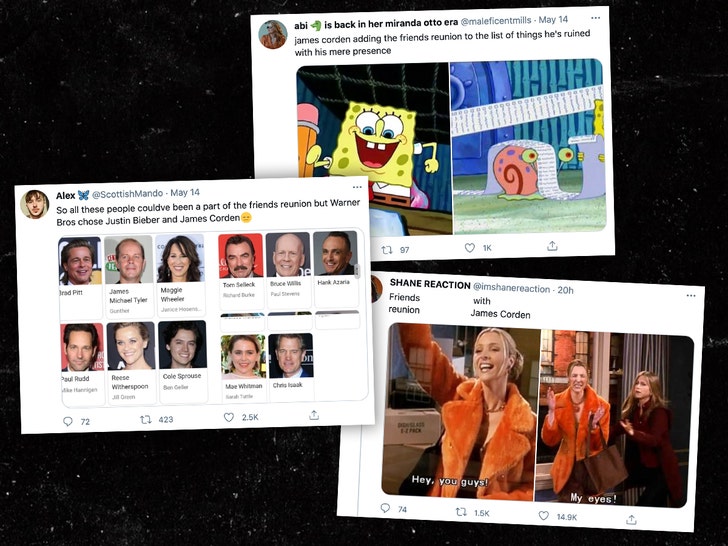 Fans pointed out that there are so many other notable celebs -- Brad Pitt, Paul Rudd, Reese Witherspoon and Bruce Willis for instance -- who had roles on the show and would have made way more sense to host ... but HBO honchos went with Corden.

Of course, some of the criticism is also coming from folks who seem to simply dislike James for other reasons ... and you can't win 'em all.

There's another issue putting a damper on the reunion fun too -- Matthew, AKA Chandler, appeared to be unwell during a recent interview promoting the upcoming special.

In the video, sitting with Matt LeBlanc and David Schwimmer, some fans felt Perry sounded like he was slurring his speech, and appeared to be gazing off into the distance at times. He's been open about his struggles with addiction in the past.

As we reported ... Perry's the cast member who officially confirmed the reunion show was filming back in April in a now-deleted Instagram photo which whipped fans into a frenzy.

It's clear that frenzy -- good and bad -- is building the closer we get to the reunion airing ... May 27 on HBO Max. As if you didn't know that already. 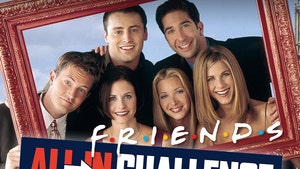