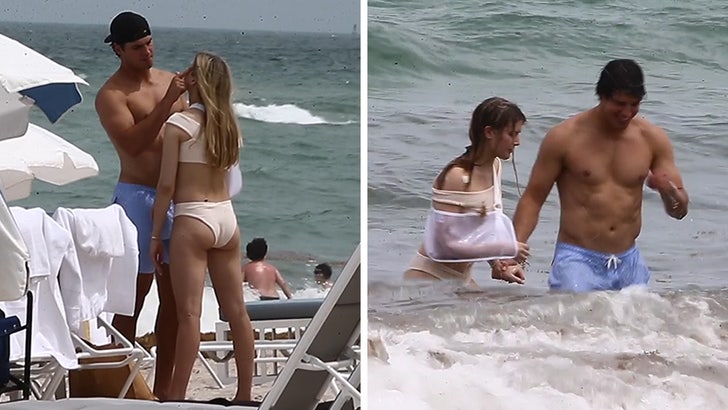 Arthroscopic surgery can't stop Genie Bouchard from having a super cute playdate with her NFL boyfriend, Mason Rudolph ... with the star couple hitting the beach in Miami on Friday!!

The 27-year-old tennis pro revealed she went under the knife earlier this month to fix a torn subscapularis ... and has been on the road to recovery ever since.

Part of that rehab?? Catching some rays with her 25-year-old Pittsburgh Steelers QB boo for a bit to kick off the weekend -- but don't worry, it looks like Genie switched to a waterproof sling before hopping in the water!!

As we previously reported, GB and MR went "Instagram official" back on Valentine's Day earlier this year ... after they started dating back in fall 2020. 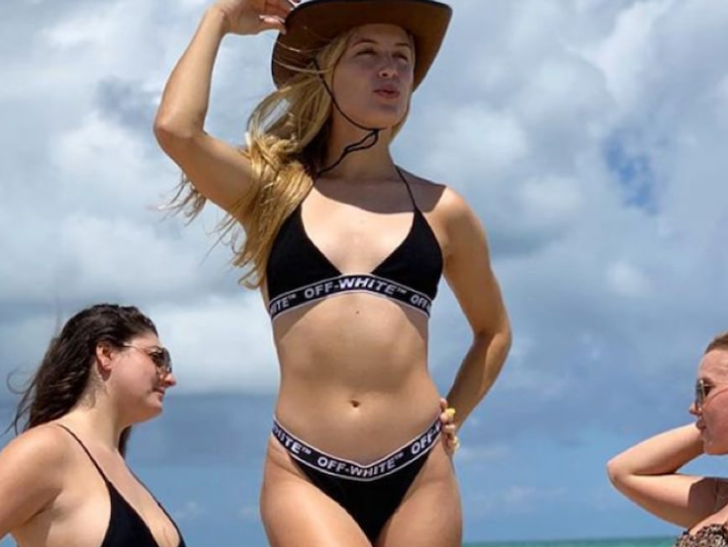 They've been on a hot streak ever since ... and Friday was no different -- Rudolph appeared to help apply sunscreen on Genie's face and make sure she kept her balance while getting hit with waves.

Genie -- sporting a white bikini -- looks to be in great shape as she's on the mend ... and Rudolph showed off his quarterback bod while rocking some blue trunks.

Luckily for Rudolph, there were no helmets in sight. 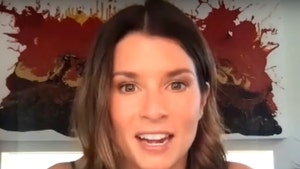