Carl Nassib ain't the first gay man to play in the NFL -- so says Warren Moon who claims he had "several" gay teammates who just never felt comfortable coming out publicly.

"Really proud of Carl Nassib," Moon tweeted late Monday ... "The first active football player to ever do so."

"I played with several guys who never were comfortable enough to go public. They were great teammates, & obviously very talented."

"As long as they helped us win and were great teammates- their sexual preference was never a issue."

"We live in a different time now where diversity is much more accepted. Cheers Carl, and I hope this lets other athletes know, its OK to say who you are."

The reaction to Nassib coming out as gay has been extremely positive from NFL players and league officials ... including NFL commish Roger Goodell, who issued a statement praising the Las Vegas Raiders defensive end. 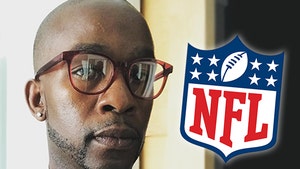