It's not just the Dodgers team getting beat down in San Diego ... a Dodgers fan got smacked around too!

Check out this video of a Dodgers fan in enemy territory during the team's road trip to San Diego.

Unclear why the guy in the Clayton Kershaw jersey was so mad -- but he approached a group of Padres fans at Petco Park on Tuesday night looking for a fight and yeah, he got what he wanted.

The problem for the Dodgers fan ... he ain't exactly Francis Ngannou.

He threw some punches but nothing really connected and within seconds, he was being wrestled into the bleachers while the Padres fans proceeded to beat his ass. 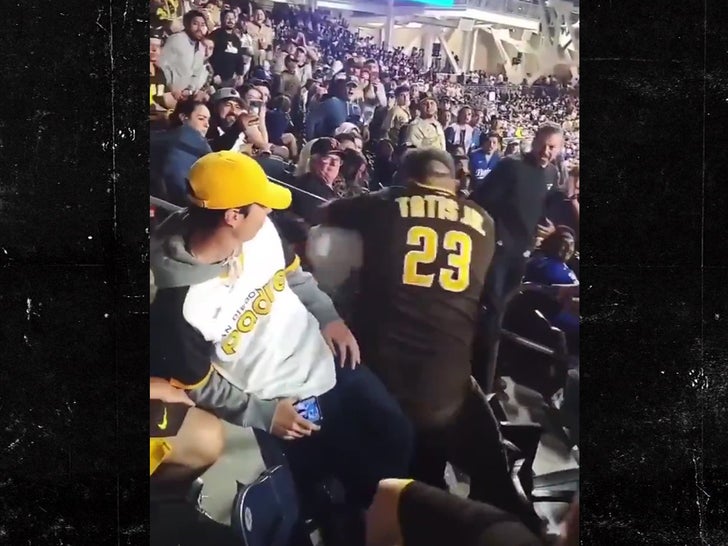 Eventually, some other Padres fans and a dude in a Yankees jersey pulled the Dodgers fan away ... while a bunch of fans shouted, "Beat L.A."

Law enforcement tells us no arrests were made.

But, to make matters worse for the Dodgers fan, L.A. lost the game 3 to 2.

Tough night at the ballpark ... 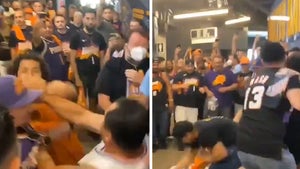