6:01 AM PT -- Stephen just released a statement regarding the incident, saying, "My wife and I got into an argument Monday afternoon on a Delta flight from Austin to LA. I was asked to lower my voice and I did. Approximately 10 minutes later I was asked to leave the flight. And I did so immediately. I was not forcibly removed."

He continues, "I rebooked myself on a Southwest flight 2 hours later and traveled home without any further issue. I let my emotions get the better of me, end of story. Must be a slow news cycle."

Stephen Amell was forcibly removed from a flight in Texas -- this after allegedly screaming at his wife in front of a plane full of passengers ... TMZ has learned.

Sources close to the situation tell us ... the "Arrow" star was escorted off a Delta flight Monday in Austin around 3 PM, following a shouting match with his wife, Cassandra Jean.

We're told Amell appeared intoxicated, and that his wife ended up burying her face in embarrassment. Our sources say a flight attendant had asked him repeatedly to lower his voice, but he refused ... until eventually, an air marshal and 3 other attendants had to give him the heave-ho. 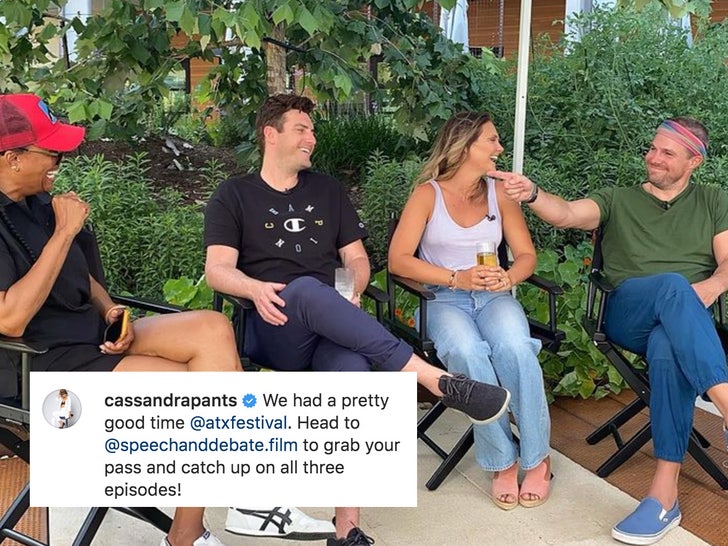 We're told his wife and their companions ended up flying back to L.A. without him ... while Stephen was at least detained in Texas. It's unclear what happened -- if he was arrested or released -- once they removed him from the plane. We've called the local cops and Stephen's reps ... but no word back from either.

It seems he and Cassandra were in town for an appearance at the ATX TV Festival. Cass posted a photo of them on a stage over the weekend, and they looked chummy. Obviously, things went sideways on the way home.

A Delta rep confirmed their flight was delayed due to an unruly passenger, but wouldn't comment further about Stephen or any possible charges.