2:54 PM PT -- Davis said Thursday the accident was "no big deal" at all ... telling the Las Vegas Review-Journal, "I was going 3 miles an hour in one of those round-about things."

Davis added he was hoping to fix the damage to his Mini later Thursday afternoon.

Las Vegas Raiders owner Mark Davis got in a "mini" car accident on Wednesday ... and we mean that in more ways than one.

TMZ Sports has learned ... Davis -- the son of legendary Raiders owner Al Davis -- was involved in a wreck with another vehicle in a shopping complex near the Vegas strip early Wednesday afternoon.

From the looks of it, it was a fender bender -- nobody appeared to be seriously injured or anything like that.

In fact, it was such a minor incident, cops confirm no officers were called to the scene.

The bigger issue ... Mark Davis -- reportedly worth more than $500 million -- was spotted near a TJ Maxx and drives a Mini?? How financially responsible!! 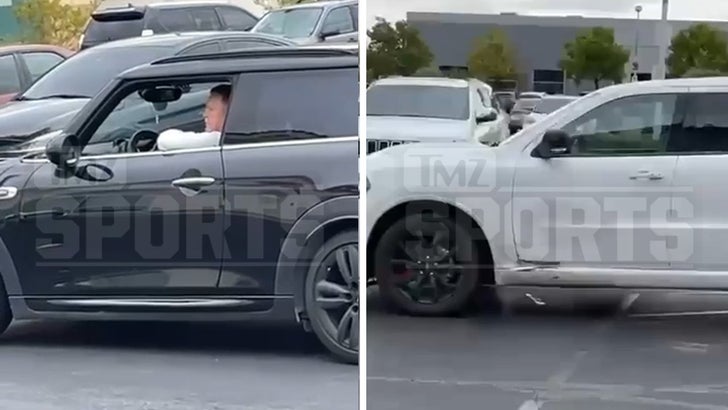 Hey, Derek Carr is in the middle of a $125 million contract ... gotta save up so the man gets paid!!

We've obtained video following the accident ... showing Davis driving his Mini away from the scene. So don't worry, Raider fans -- your owner's car seems to be okay!!

We've reached out to Davis and the Raiders for comment ... so far, no word back.