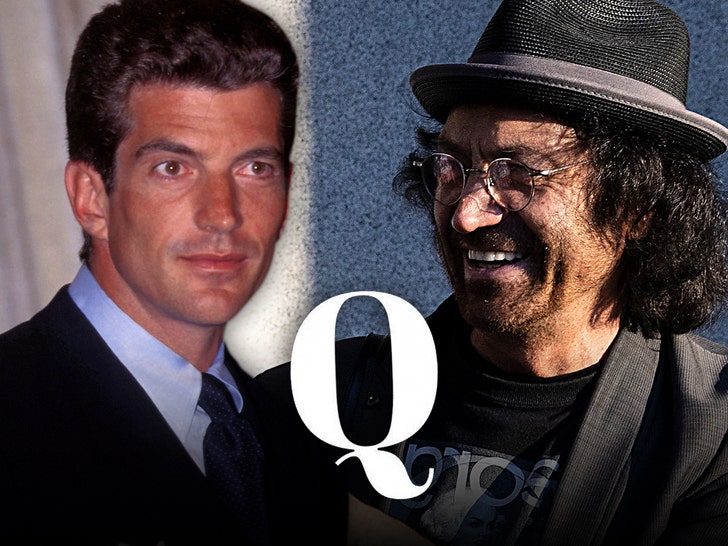 John F. Kennedy Jr. was incognito among a MAGA crowd this weekend and happily posed with Trump fans at his first public rally in a while ... that is, if you buy what QAnon's selling.

Different photos have sprung up from Saturday's gathering in Wellington, OH -- where DT held his first MAGA party in an official capacity and spewed falsehood after falsehood about the 2020 election ... while also teasing his inevitable return to politics in the near future.

It was a lot of the same stuff he's regurgitated in his speeches of late -- but one of the quirky headlines to emerge from the red hat forum was photo-ops with a fella Q'ers apparently believe is the REAL JFK Jr. ... who, of course, is long dead and buried (at sea).

The dude's name is Vincent Fusca, and he's definitely a Trump supporter from what we can see on his social media. However, somehow, he's also been labeled as John John in disguise ... and is a bit of a celeb among the QAnon crowd whenever they get together.

On the left is Vincent Fusca. QAnon believers think he is JFK Jr. He is not. pic.twitter.com/0AziUbqvK5

Folks seem more than happy to snap selfies with Vince if they spot him out -- and he's kind of hard to miss ... as he always seems to be rocking the black hat and matching outfit, not to mention his signature shaggy 'do and beard. It doesn't appear Vincent has openly embraced the wild story, but based on his Twitter feed ... he ain't batting it down either.

While we will acknowledge there might be *some* sort of a resemblance to JFK Jr. (barely one, really) ... it doesn't take a genius to know, this is obviously NOT the real McCoy.

Like we said, John died in a plane crash in 1999 (along with his wife, Carolyn, and her sister) ... and was laid to rest by the Kennedy family. It's an absolutely absurd conspiracy theory -- one which we've detailed in the past -- but Q'ers, for some reason, think he'll re-emerge after faking his death, and "re-take the country" alongside Donald Trump.

That narrative has debunked time and again after missed dates and, you know, real life ... but the Q crowd are holding out hope that their savior will return. For now, VF will do. 🤷🏽‍♂️ 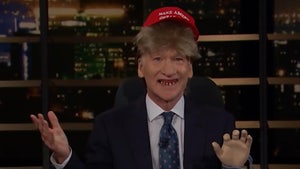 Bill Maher Dresses Like A Democrat Posing as a Capitol Rioter