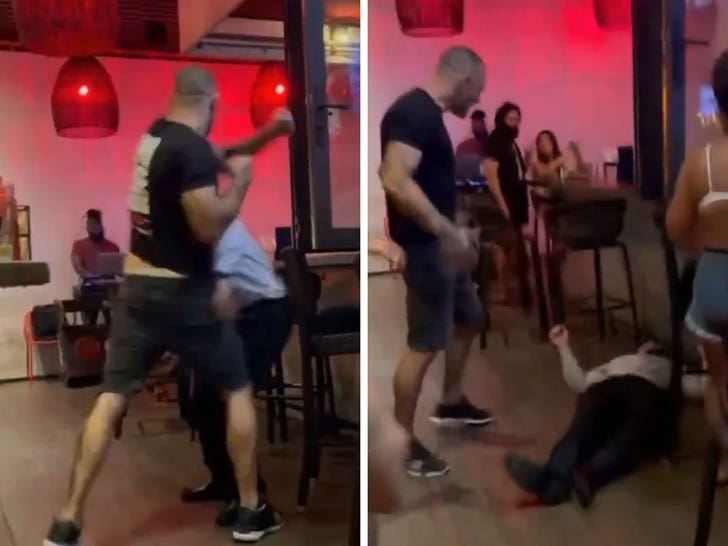 2:02 PM PT -- Schilling has opened up about the incident ... explaining everything was ignited because he says the bar patron made a racist comment to one of the establishment's employees.

Schilling spelled it all out in a statement, saying, "This guy's rapping like an idiot. The bus boy who happens to be black walks by and this idiot bumps into him and screams out, 'Me and broke n****s we don't get along.'"

"The bus boy was seriously offended but doesn't want to lose his job."

Schilling said the man then turned his attention toward him throughout the night, explaining, "As the night goes on, this clown starts looking at me and rapping whatever song is being played while making eye contact with me."

Schilling said he then went outside for a smoke, and when he came back, that's when the video picks up.

"I turn around and he flexes on me," Schilling said ... continuing, "Bad decisions are made everyday."

Schilling added that several members of the bar's staff came up to thank him after the incident.

"As you can see from this video, when he flexed on me I was scared for my life," Schilling said, "and simply defending myself against the evil in this world."

MMA fighter Joe Schilling -- who last fought professionally in 2019 for Bellator -- knocked out a man at a bar with a vicious combo of punches ... and the violent incident was all caught on video.

It's unclear when and where the barrage went down -- we're working on it -- but Schilling confirmed on his social media page Monday he was the puncher.

In his post, Schilling claimed he acted simply out of self defense ... writing he believed the whole situation was "life threatening" for him.

The footage from the scene, meanwhile, is intense ... you can see in the clip, when a man in a shirt and tie appeared to inadvertently block Schilling on his way through a walkway at the bar -- things got heated.

Schilling seemed to move the man out of the way ... and when the man appeared to say something in response, the 37-year-old fighter turned around.

Seconds later, Schilling can be seen in the footage unloading at least four punches on the guy's face ... sending him crashing to the ground. 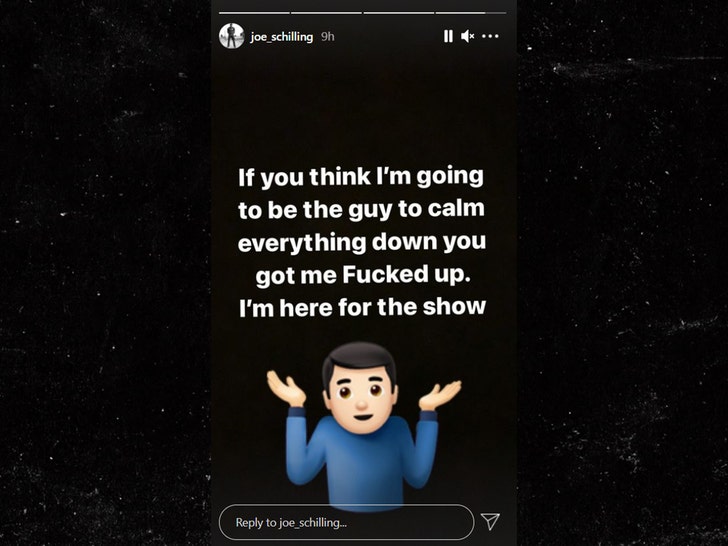 Schilling seemed to comment on the situation further in his Instagram stories later Monday morning ... writing, "If you think I'm going to be the guy to calm everything down you got me f***ed up."

It's unclear if law enforcement was involved.

We've reached out to Schilling for comment, but so far, no word back yet. 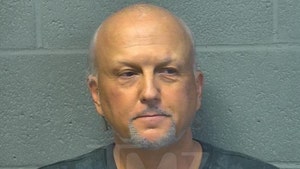