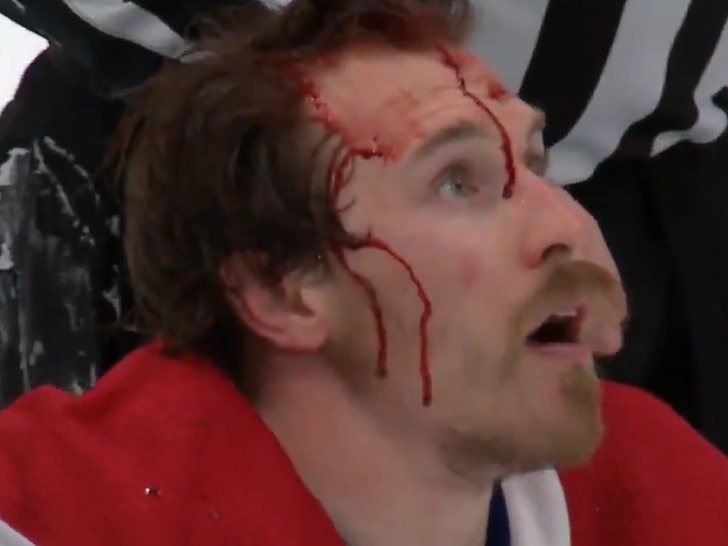 The Stanley Cup Final looked more like a horror movie Monday night -- at least for a few minutes -- 'cause one player's head was left a bloody mess after a violent scrap.

Canadiens winger Brendan Gallagher was the man who unfortunately suffered the wound late in the third period of Montreal's first game with Tampa Bay ... and it was pretty gnarly.

The Habs player crashed the Lightning net to try to clean up a possible rebound ... and several Tampa Bay players took so much exception to the skate-in, they fought him.

Blake Coleman ripped Gallagher's helmet off ... and then Mikhail Sergachev slammed Gallagher so hard to the ice, his head took a nasty shot.

Photos from the game show Gallagher was bleeding profusely ... and it was so bad, the 29-year-old eventually skated off and did not return to the contest. 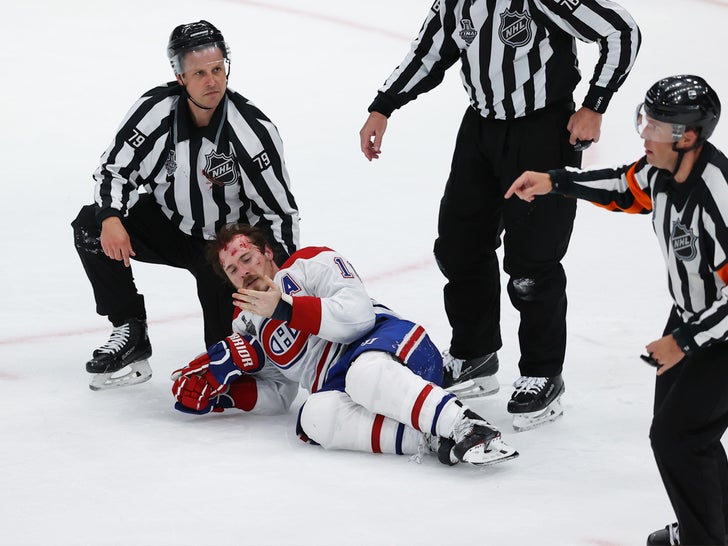 Seems Gallagher's going to be just fine for Game 2 ... but, he had to deal with a little more sting while in the locker room getting treatment, 'cause the Canadiens were ultimately blown out, 5-1.

Yeah ... and you thought your Monday sucked. 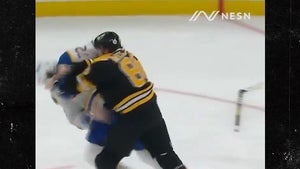