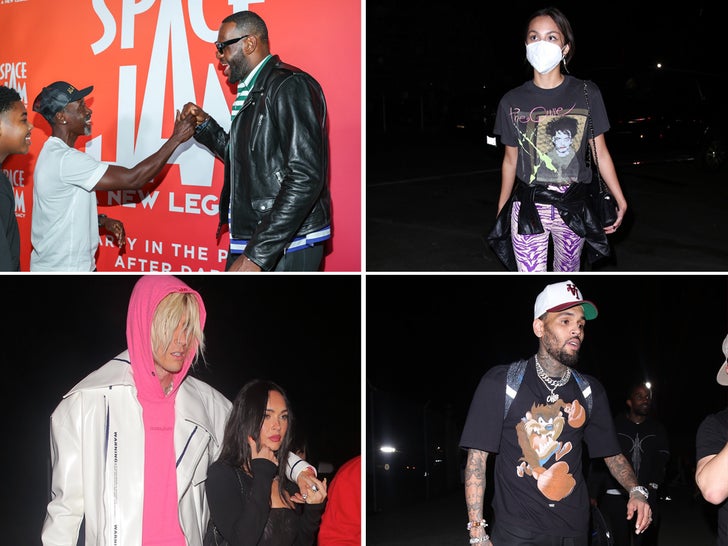 A super team of celebs showed up for LeBron James' big night -- with the NBA superstar hosting a bash to celebrate "Space Jam: A New Legacy."

Of course, the flick is set to release on July 16 after YEARS of hype ... so it's only right to kick things off with a fun time. 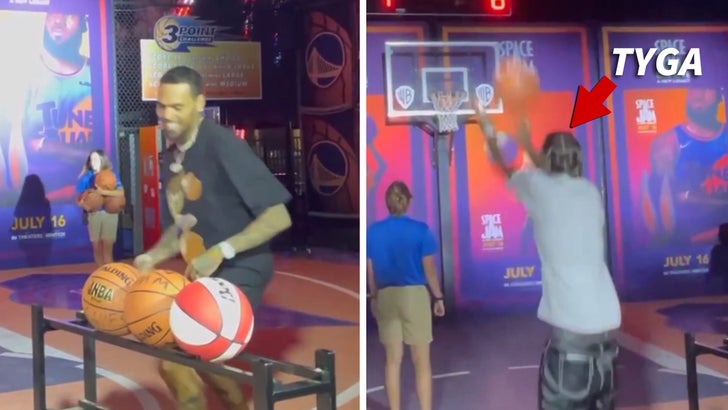 Chris Brown and Tyga even took part in a hoops shootout challenge ... and while Breezy had no issue finding the bottom of the net, the "Splash" rapper was definitely not making it splash on the court.

Hey, we're just playing with ya, Tyga ... we're all trying to have a good time. 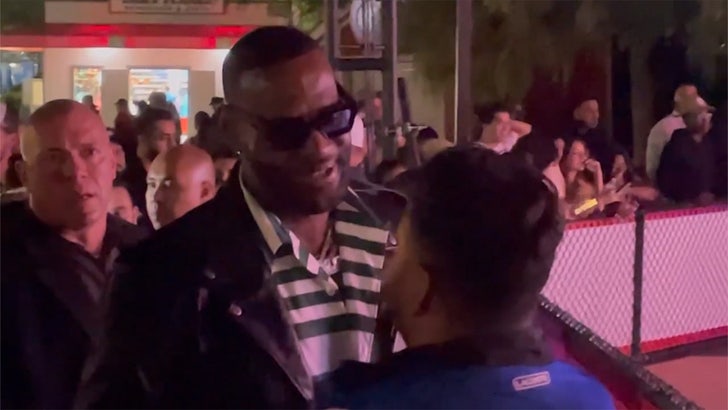 Bron's family also popped up for the party -- with the 4-time champ and his wife, Savannah, cuddling up as they watched the action on the court.

Other stars like Diplo, Zedd and Duckwrth were there ... so in case the aux cord gave out, there woulda been plenty of options to keep the music going.