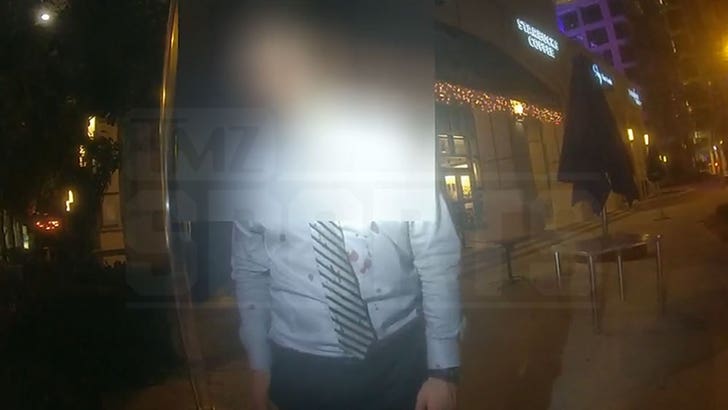 The man who was violently hit in the face by MMA fighter Joe Schilling in a June bar fight was covered in blood shortly after the barrage of punches -- new police video shows.

In the clip, obtained by TMZ Sports, you can see spatters of blood all over 31-year-old Justin Balboa on June 27 as he tried to explain to officers what had just happened to him at a local bar in Florida.

Video shows Balboa (whose face was blurred by cops in the video) telling cops that a man -- later ID'd as Schilling, the former Bellator fighter -- knocked him out cold "for no reason."

"We were all having a good time and this guy just cracked me," said Balboa. "And, then he chased me. He chased me down, bro. Like chased me down. Beat my ass, bro. He wanted to kill me. For no reason. 'Cause he hates me."

Later in the clip, as officers and medical personnel checked out Balboa's face ... they all said he DEFINITELY needed stitches to repair his busted lip.

Balboa has since filed a civil lawsuit against Schilling and the bar ... with his attorney, Robert Solomon, telling TMZ Sports Balboa is also cooperating with prosecutors and wants them to bring a battery charge against Schilling.

For Schilling's part, he's claimed Balboa had been bothering him and others all night ... and says he only hit Balboa out of self-defense. 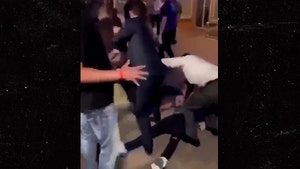