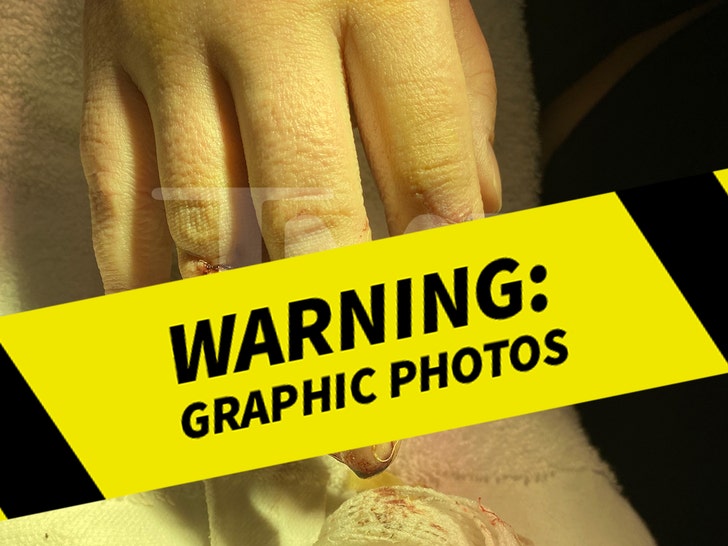 SharkNinja's products are supposed to blend ingredients, not flesh -- but a California woman claims one of its blenders did a gory number on her fingers.

Nicole Guttormsen's suing the kitchen appliance company over its Nutri Ninja BL480 blender, which she alleges is a defective and dangerous product ... and she says these pics of the bloody mess support that.

In docs, obtained by TMZ, Nicole says she was blending ingredients in the Nutri Ninja when the canister shot off the base ... leaving the spinning blades exposed and causing significant injuries to her hand and fingers.

We'll say this ... her alleged photo evidence ain't for the queasy. 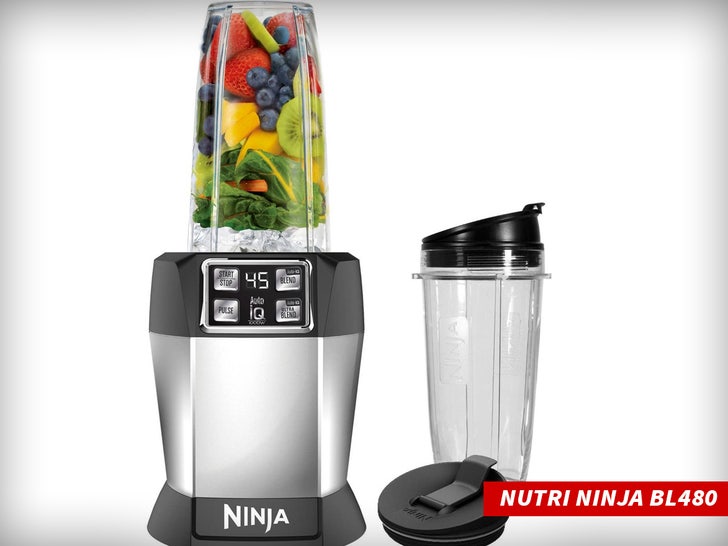 You can see 3 of Nicole's fingers suffered gnarly injuries. While it's not spelled out in her lawsuit, it sure looks like some of the cuts went to the bone.

In any event, Nicole claims the blender's defective because it generated an excessive amount of pressure and the threads that are supposed to secure the canister onto the blade assembly don't work properly.

Nicole's suing for medical expenses, pain and suffering, lost wages and loss of earning capacity. We've reached out to SharkNinja, but so far ... no word back. 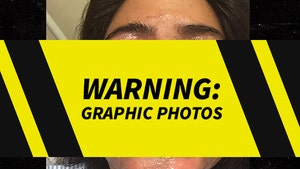 NutriBullet Sued After Woman Claims It Exploded, Burned Her