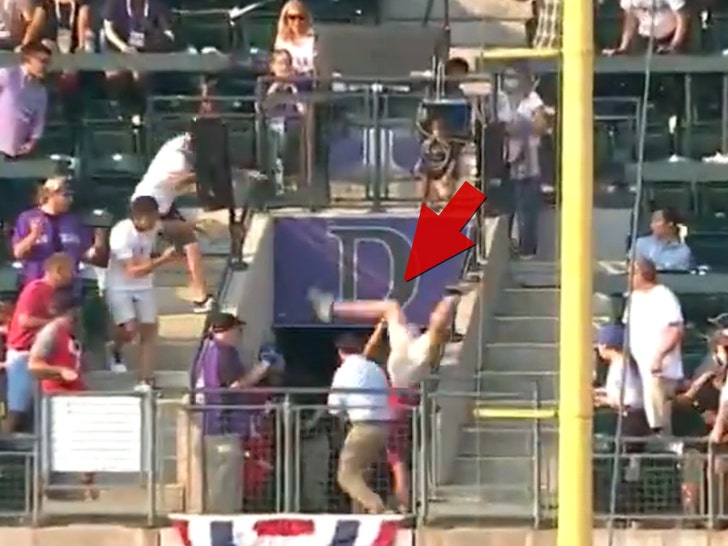 An MLB fan flipped over some railing and crash-landed onto his head trying to track down a Home Run Derby ball Monday ... but somehow, the dude escaped with no serious injuries.

The man could be seen on the broadcast reaching over some railing to try to catch the ball ... but when he stretched just a little too far, he tumbled to the concrete below.

The scene was actually pretty terrifying ... the guy fell multiple feet and landed VERY awkwardly -- but he explained afterward he somehow avoided catastrophe in the tumble.

UPDATE: He's OK, but someone needs to give this man the ball. 🤔

"It was coming right through here," the fan said, breaking down his thought process of chasing after the ball. "And I got up and tried to go over the railing to get it."

The fan said he suffered some scrapes on his elbow, but otherwise, came out of the spill just fine.

But, the dude said he didn't even get to come away with the baseball ... adding, "Never ended up getting it."

By the way, the Derby was awesome this year ... Pete Alonso, Trey Mancini, Juan Soto and Shohei Ohtani all put on amazing shows -- with Pete ultimately coming out on top for the second time in a row at the event.

Props to the guys for the fun evening!! 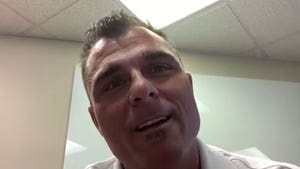 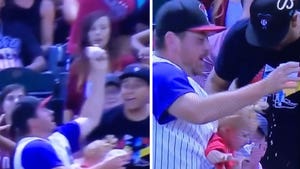