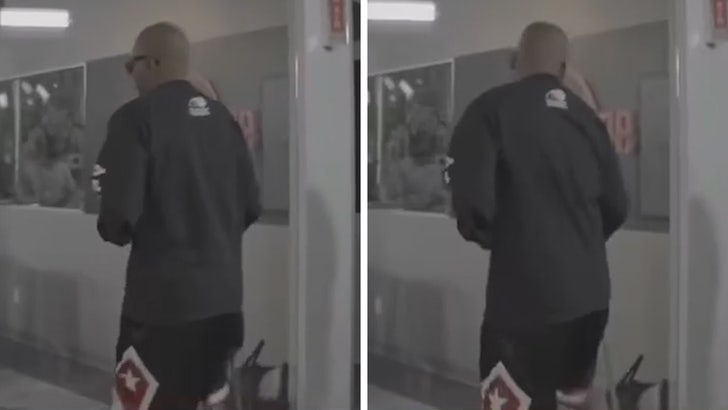 Damon Dash almost followed in Alice's footsteps back to Wonderland -- walking face-first into a see-though wall he apparently didn't see ... perhaps speaking to where his head's at lately.

The rap mogul arrived for a podcast sesh Thursday with TV producer Rob Weiss, Shawn Chase and O'Neal McKnight to be a special guest on their weekly offering of "The Cray" ... where the gang talks all things culture, lifestyle, politics ... and just real-life experiences.

As you can imagine, they were stoked to have Dame come on and share some knowledge -- but the dude had a bit of a whoopsie-daisy moment trying to enter the recording room ... slamming right into a clear, glass wall separating the spaces of their floor. 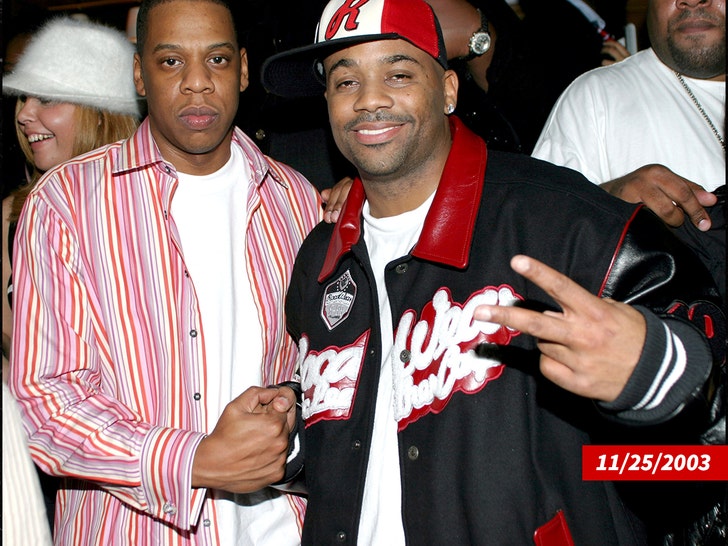 Don't worry -- he didn't hit it too hard ... but it definitely knocked him back a bit -- and it got a laugh from the rest who were around. Understandable, we suppose ... DD has been in a bit preoccupied lately on more serious fronts, like with Roc-A-Fella and Jay-Z.

Remember ... he's been in a legal war with his old company and biz partner over IP/interest he's trying to unload for some dough -- namely, selling Jay-Z's first album, "Reasonable Doubt" as an NFT, plus ... trying to sell off his 1/3 stake in RAF, which a judge just shot down.

Unclear if he got into any of that with the Cray crew -- but it sounds like we'll find out soon enough ... we're told this episode is set to air soon on PodcastOne. 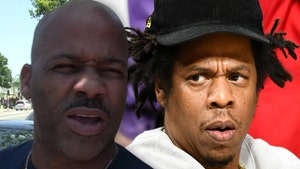