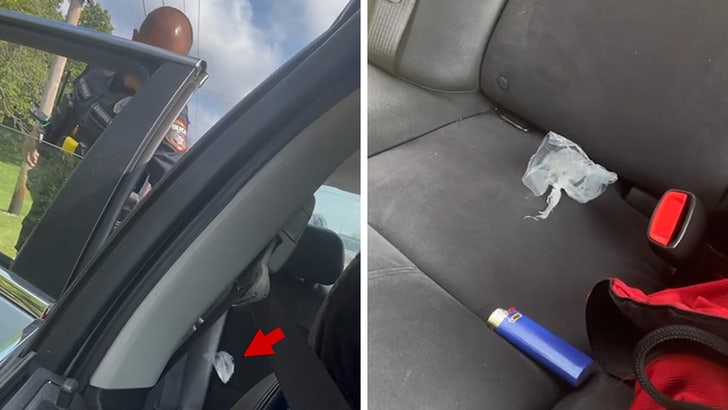 Now, this is weird -- a Black man caught a cop on camera apparently tossing a baggie of drugs into his car ... but the police department in question is saying there may be more than meets the eye here.

A guy who goes by GlockBoy Savoo on Facebook -- who appears to be a musician of some sort under a label called TrechKids -- posted this video that's now going viral. It shows what appears to be a traffic stop underway in a car that Savoo is in ... and captures an eyebrow-raising moment. 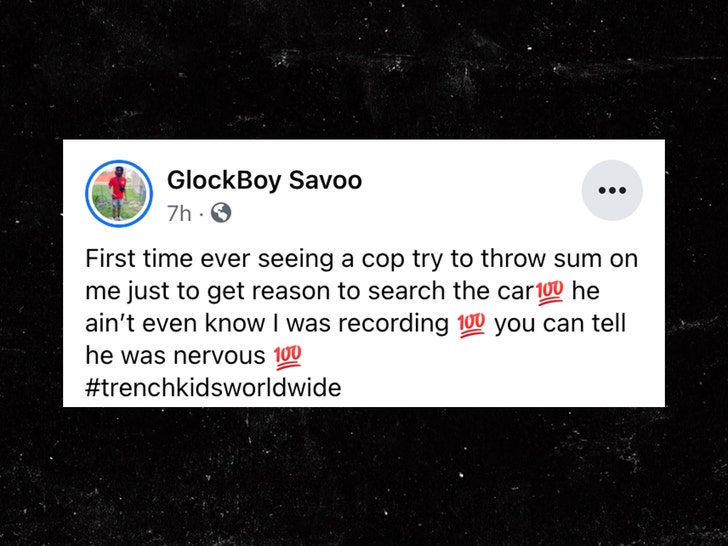 You see a police officer -- who has since been identified as belonging to Caledonia PD out of Wisconsin -- approaching the car and quickly tossing something into the back seat. The photog, who appears to be Savoo, questions what it was ... and the cop kinda plays dumb.

The camera man jumps to the back seat for a close-up shot of what it is ... and it looks like a little baggie, indicative of drugs. It's a quick 16-second clip, and you can't see what happened after or before this strange moment. On its face ... it looks kinda sketchy. 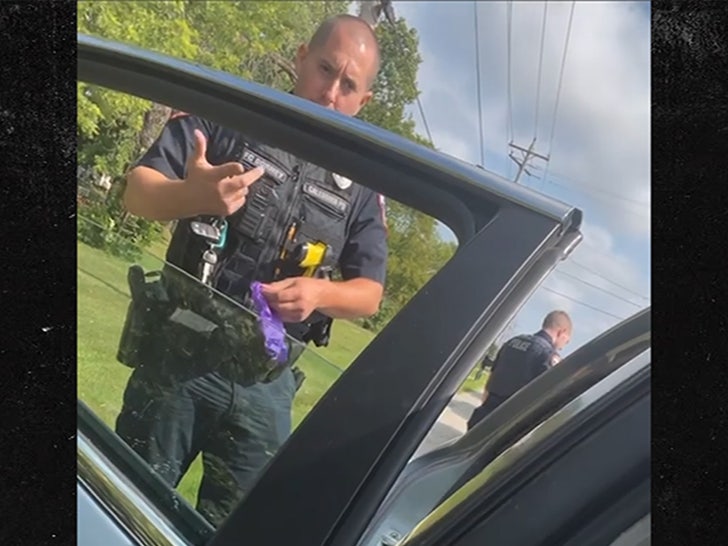 Savoo is flat-out accusing this officer of what sounds like planting drugs on him as a way to get probable cause to search the rest of the vehicle. He writes, "First time ever seeing a cop try to throw sum on me just to get reason to search the car💯 he ain’t even know I was recording 💯 you can tell he was nervous 💯." Caledonia PD has another POV.

This what they have to say ... the cop does appear to be one of their own, and they've located the report for this incident. They're doing a full investigation as well into the insinuation something was planted -- including pulling body cam footage, dash cam video and testimony from this officer as well as others on the scene. They say it'll take some time.

The Chief of Police there, Christopher Botsch, also adds this ... "Please keep in mind that the cell phone video that is circulating depicts only a small portion of the entire encounter; whereas, all available video may provide more context." He adds, "The Caledonia Police Department believes strongly in transparency; therefore, all body worn camera video will be made available within the coming days." 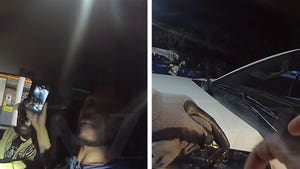