Jaxson Hayes pushed a cop into a wall and resisted arrest for over 2 minutes before police were finally able to slap handcuffs on the Pelicans center, this according to LAPD.

Police tell us they received a call for a "domestic dispute" around 2:50 AM Wednesday morning ... and when they responded to the location of the alleged incident, officers say they made contact with Hayes in the front yard.

Cops say while talking to Jaxson, the 6'11" hooper attempted to go inside. They ordered him to stop, but he didn't listen ... and then things turned physical. Police claim Hayes pushed an officer into a wall.

LAPD says the 2 officers were able to get Jaxson to the ground, but he continued to resist -- and attempted to get up.

Police say a taser was deployed twice during the fight -- which they say lasted "approximately 2 and a half minutes" before they were able to cuff Hayes.

Jaxson was arrested for resisting arrest ... and taken to a local hospital for treatment for "injuries sustained during the altercation."

A police officer was also treated for injuries.

LAPD says the incident -- which was captured by police body camera -- will be investigated because cops used force to detain Hayes. Police say this is standard in all cases involving force.

Hayes is facing time behind bars, if convicted. 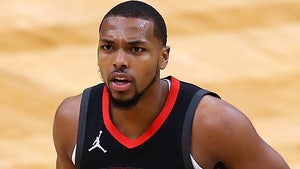 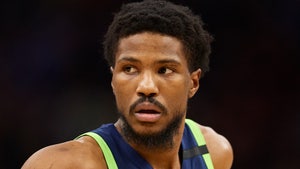