Lawrence to Tebow in the red zone pic.twitter.com/9XyZO6i48W

Tim has been flashing during his first training camp workouts with the Jaguars this month ... he's shown off good hands, a jacked frame, AND he's already a crowd favorite.

But, as far as we know, this was Lawrence's first TD connection with the former Heisman Trophy winner ... and it's got us all now wondering, is this a glimpse into the Jaguars' future???

The play was pretty sweet ... Lawrence rolled out to his left in a team red-zone drill and found Tebow dragging across the back of the endzone for a score.

No celebration from Tim -- just a low-five with his teammate -- but the fans sure gave him applause for the grab.

Of course, Tim has been considered a long shot to make Jacksonville's opening day roster ... but quickly developing chemistry with Lawrence could change all of that.

Begs the question ... are you really ready for Round II of Tebow's NFL career this season?!? 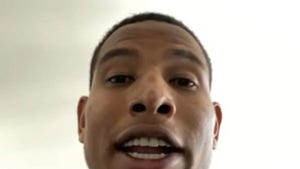 Darren Waller Down to Mentor Tim Tebow, Call Me for TE Advice! 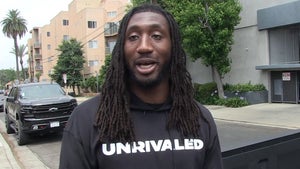