Evander Kane is adamant he NEVER gambled on hockey or threw games ... insisting his estranged wife is straight-up lying after she accused the NHL star of betting on the sport.

Evander later continued ... "I love the game of Hockey and would never do any of what was alleged. I look forward to cooperating fully with the league's investigation, having my name cleared and looking forward to this upcoming season."

The messages were in response to Anna Kane's explosive allegations on Saturday, where she accused her soon-to-be-ex-husband of gambling on hockey games -- a cardinal sin in sports.

She wrote ... "How does the NHL let a compulsive gambling addict still play when he's obviously throwing games to win money? Hmm maybe someone needs to address this." 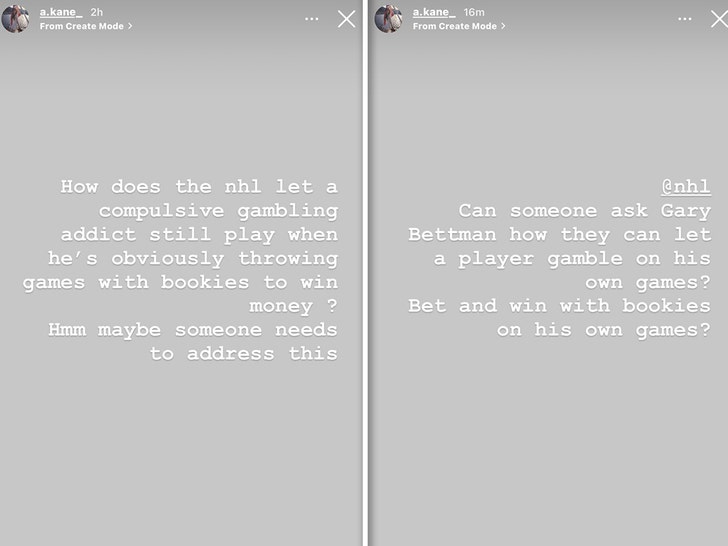 Soon after Anna posted her message, the NHL announced they were investigating the claim.

"The League was made aware this evening of a post on social media alleging that San Jose Sharks Player Evander Kane bet on NHL games. The integrity of our game is paramount and the League takes these allegations very seriously."

"We intend to conduct a full investigation and will have no further comment at this time."

Evander's team, the Sharks, also commented on the allegation, saying they've been in contact with the league and plan to aid the investigation.

For what it's worth, Kane -- who's midway through a 7-year deal worth $49 million -- allegedly had issues with a casino in the past.

Back in 2019, The Cosmopolitan in Vegas sued the hockey star for $500k -- claiming he had unpaid debts.

That lawsuit was later dropped. 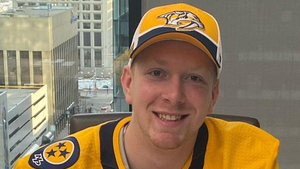 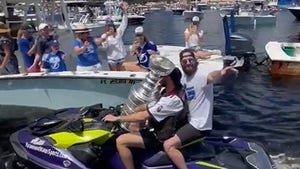