A dog sitter screwed up in a big way ... the dog she was caring for was killed, and the owners are crushed and don't believe the woman's story on what really happened.

Ashley Dingess and Nick Roa shared a Chihuahua/Yorkie mix named Gizmo ... they were going to Disneyland over the weekend and booked a dog sitter through Rover ... an app that pairs dog owners with dog sitters. 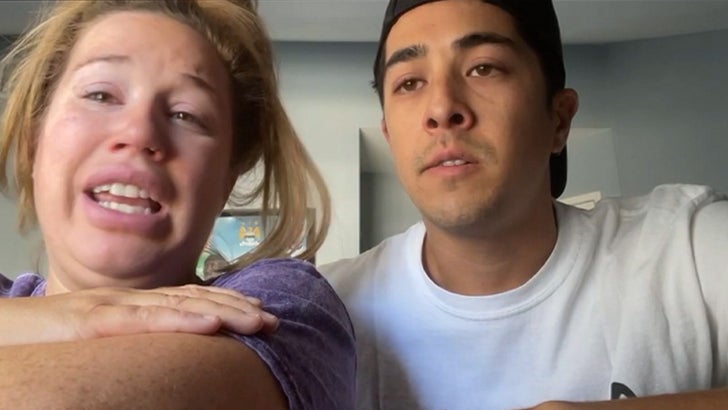 It went south fast ... Ashley and Nick say the sitter told them the dog ran away, which they say is B.S. because Gizmo is up there in years and had surgery recently on a bum leg, so she couldn't run fast.

The sitter finally fessed up and said she was running errands and the dog somehow escaped ... she may have jumped out the car window, but that's a hard one for Ashley and Nick to swallow. They just don't know and they say the dog sitter has been sketchy from the jump.

Gizmo ended up getting hit by a car and killed at the onramp of a nearby freeway -- and Ashley and Nick were notified of this by a Good Samaritan. Of course, they're devastated and furious ... and contacted Rover to complain.

We're told the company was apologetic and told them to submit their grievances in writing. In the meantime, they say Rover offered them $500 to cover cremations costs ... but to them, that's simply not enough to right this wrong. This is bigger than just money.

Ashley and Nick tell us they want this to serve as a cautionary tale for other pet owners looking to use Rover's services. Unclear if they're planning to take legal action.

A Rover rep tells us. "Our Trust and Safety team is investigating the incident and we are prepared to take appropriate actions, including removing the pet care provider from our community. Pending the outcome of the investigation, we've paused their account on our platform."

They continue, "Our hearts go out to all who loved Gizmo and we will continue to offer our support to his family. This experience is highly unusual on our platform: Over 40 million stays have been booked through Rover, with 97% of reviews receiving 5 stars."