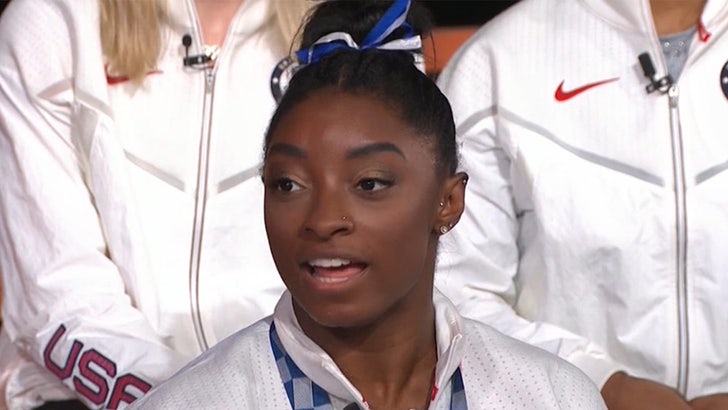 Simone Biles made history yet again Tuesday -- shaking off a week full of issues to win the bronze medal in her return to the Tokyo Olympics ... and she was PUMPED about it afterward.

Biles -- who came back to compete in the balance beam finals after withdrawing from the Games' previous gymnastics events due to a mental block -- posted a score of 14.00 ... landing her a medal that she says she's more proud of than any of her first place awards.

"It means more than all of the golds," the 24-year-old said, "because I've pushed through so much the last five years and the last week while I’ve even been here."

Biles was outstanding in Tuesday's event ... hitting stunts with ease and finishing her routine with several flips, a grab of her heart and a massive smile.

"My mental and physical health is above all medals that I could ever win," Biles said after the event. "So to be clear, to do beam, which I didn't think I was going to be, just meant the world to be back out there."

"And I wasn't expecting to walk away with the medal. I was just going out there doing this for me."

Biles said pulling out of last week's events due to mental health was not a "cop out" ... and she would be risking her physical health had she performed last week.

"Before team finals, the girls were terrified for me and they've never really been scared when I do something but they were like really nervous," she told "Today."

"At the end of the day, we're not just athletes or entertainment, we're human, too. And we have real emotions and sometimes they don't realize that we have things going on behind the scenes that affects us whenever we go out and compete." 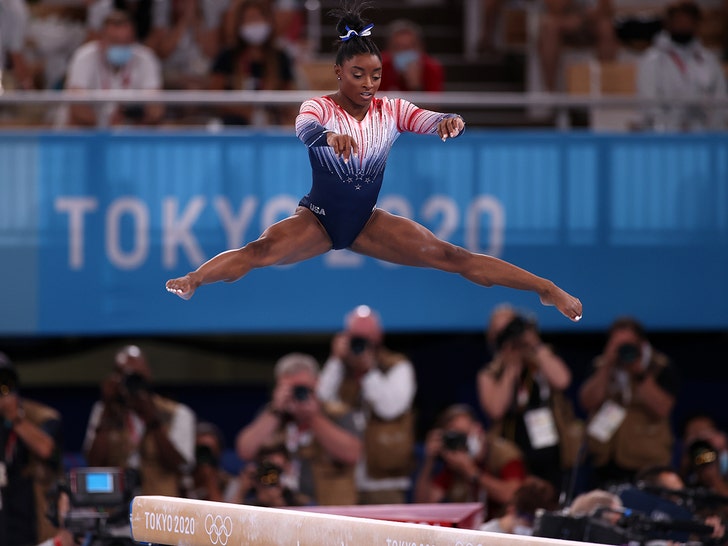 As we previously reported, Biles did not compete in nearly every one of the gymnastics events in Tokyo after she said she was battling the "twisties."

Biles said she was having a hard time figuring out up from down while she was doing twisting stunts ... and called it all "petrifying."

Biles addresses the people claiming she "quit" ... saying she has worked 5 years for this moment, and would not back out of competing if it weren't absolutely necessary.

The Gymnastic Great, though, shrugged it all off ... and her bronze Tuesday now gives her seven total Olympic medals, tying her with Shannon Miller for the most ever by an American gymnast. 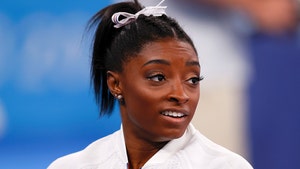