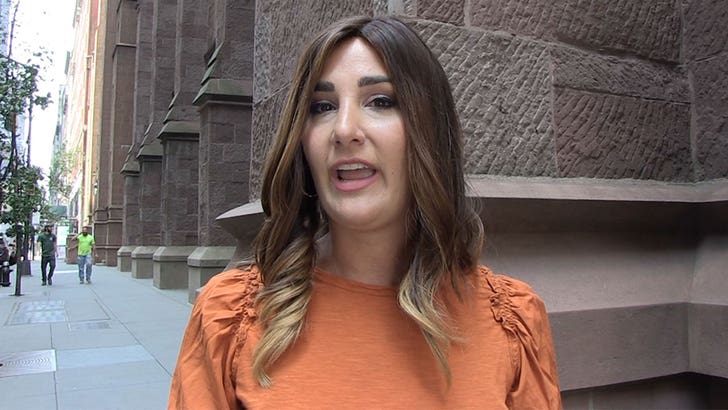 Allison Josephs has had it with Hollywood's portrayal of the Orthodox Jewish community, and believes "My Unorthodox Life" is the latest contributor to negative stereotypes she calls downright dangerous.

We got the "Jew in the City" founder outside the Peninsula Hotel in NYC, and she had some stern reactions to the controversial new Netflix series about Julia Haart -- CEO of modeling agency Elite World Group -- who left her Haredi community in 2013.

Josephs has several issues, first and foremost with Julia ... who she accuses of co-opting someone else's story and not being entirely truthful. She also blasts Haart for generalizing her former Jewish community as "fundamentalist" at a time when hate crimes against Jews are on the rise.

Allison goes on to say these recurring negative portrayals of the Orthodox community on TV and film are devastating ... and she's pleading with Hollywood execs to do better.

"My Unorthodox Life" is far from the only culprit of this, according to Allison ... just listen to her rattle off several other examples, including a brand new movie.