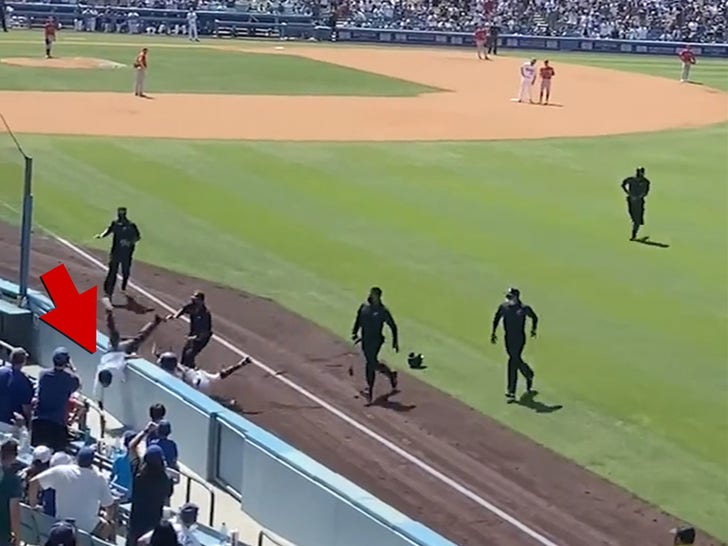 An MLB fan who ran onto the field mid-game Sunday was flipped over a wall by an L.A. Dodgers ball girl ... and video of the scene is absolutely wild!!!

It all went down during the Dodgers' tilt with the Angels at Dodger Stadium ... when a fan hopped over fencing and sprinted around the outfield.

either this guy needs to be a running back or dodgers need faster security lmaoo, ball girl is mvp tho pic.twitter.com/x4yRcbOXyi

You can see in footage shot by fans in the stands ... the dude was MOVING -- outrunning more than half a dozen security guards.

But, when a ball girl stepped in front of him ... his joyride ended rather quickly -- 'cause she shoved him over the wall, sending him tumbling head over heels!!!

THE DODGERS BALLGIRL FLIPS A FAN RUNNING ON THE FIELD OVER THE WALL pic.twitter.com/rY18u82Qqk

The tackle was met with a HUGE roar of applause from the stadium ... and it helped security guards pounce on the guy and get him down before he could get away.

As for the action on the diamond ... the Dodgers made easy work of the Angels -- winning 8-2, with Albert Pujols starring in the contest. 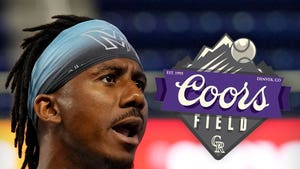