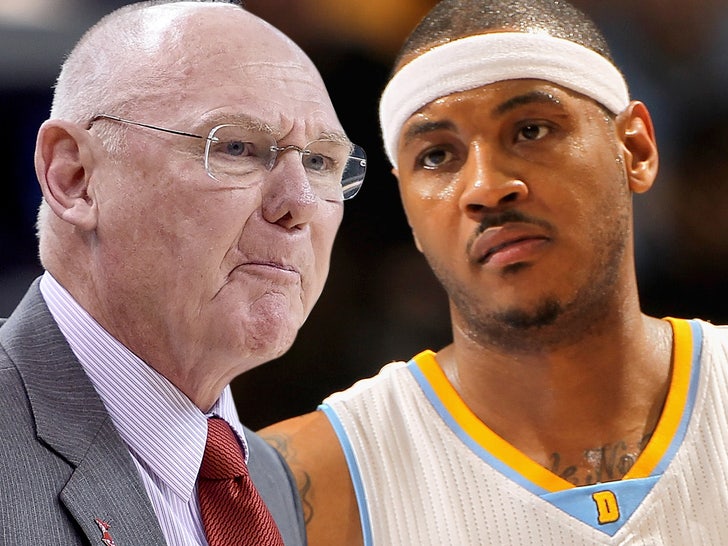 Ex-NBA coach George Karl says more than 100 hoops fans want to see him 6-feet under ... revealing he's been on the receiving end of death wishes for bashing Carmelo Anthony on Twitter.

Karl coached Melo on the Nuggets from 2005-2011 ... and while Denver made the playoffs for most of their time together, the two never really got along.

Of course, 70-year-old Karl hasn't held back when criticizing Melo in the past ... saying he was selfish and a liability on defense, which ruined the Nuggets' chances at an NBA title.

Now that Melo is hoping to help LeBron James and the Lakers win a championship in 2022, Karl has fired off some shots at the 37-year-old ... trolling Anthony's comments about losing sleep over his quest for a ring.

And it kept our coaching staff up at night a decade ago when we were stressing the importance of team play and defense! 😆 https://t.co/riomQd667N

But, Karl wasn't all negative about the guy ... backpedaling a bit and saying, "I've said it before -- one of the great scorers the game has ever seen. He’s a HOFer and his Jersey should hang in Denver."

And then, Karl went right back to critique mode ... even referencing his battles with neck and throat cancer.

"He Wasn’t a team first player or good defender here in Denver," he added. "And it upset us when he asked for a trade especially after I was sick."

Karl faced a ton of backlash from Melo stans for his jabs ... and addressed the angry fans with yet another tweet Tuesday night.

"Lighten up and celebrate life!!" 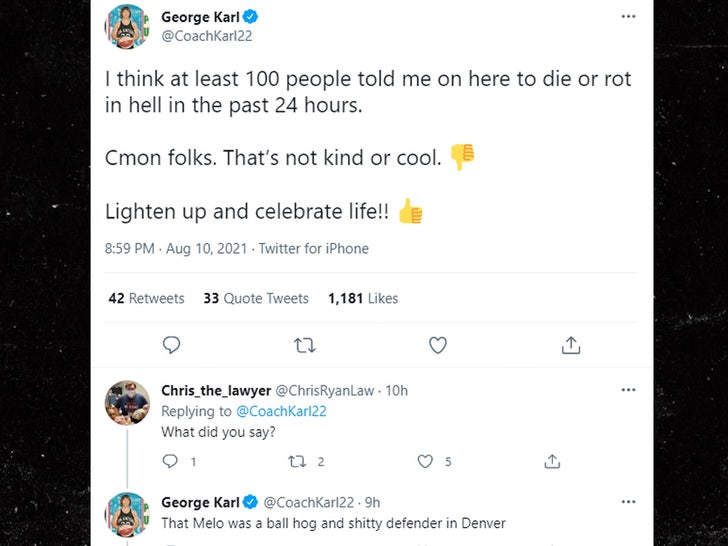 When a user asked what he said, Karl didn't mince his words.

"That Melo was a ball hog and s****y defender in Denver."

Melo fans are known for being some of the most passionate backers out there ... so who knows if they'll take Karl's advice.