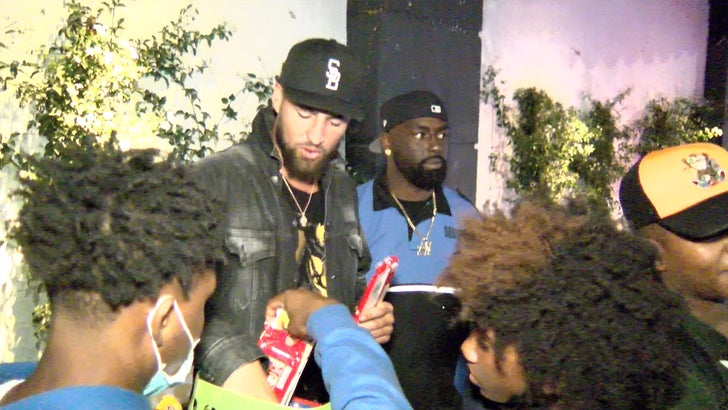 Klay Thompson's sweet tooth was working overtime late Wednesday night ... 'cause the Golden State Warriors star couldn't pass up on buying a bunch of candy from kids outside an L.A. hot spot!!

TMZ Sports caught up with the 3-time NBA champ as he was leaving the Highlight Room in Hollywood ... and while the guy seemed to be in great spirits, he was even happier when he saw a basket full of sugary sweets waiting for him.

Naturally, Klay whipped out his wallet and started passing out bills to the young businessmen ... sifting through bags of chocolates and gummies before settling on some Kit Kat bars and Snickers.

No word on the value of the bills Klay gave the kids ... but we're pretty sure the guy overpaid for the treats.

There's more for Dubs fans to enjoy -- Klay looks completely fine as he walks up to his SUV ... which is great to see as he comes off that devastating Achilles injury. 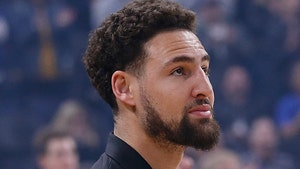 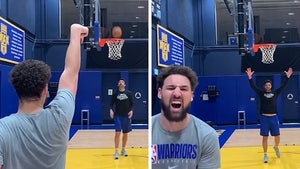