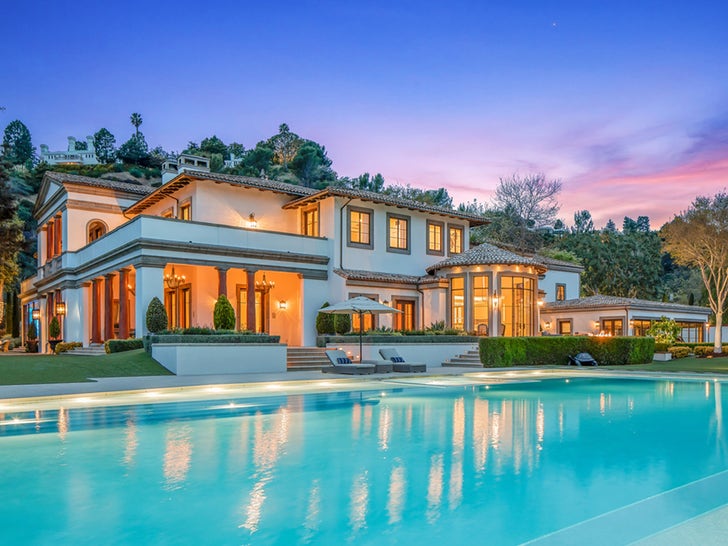 Sylvester Stallone has just learned the connection between comedy and real estate -- timing is everything.

Sly's 8-bedroom, 9-bath Beverly Hills mansion is back on the market with the same sticker price he slapped on it a few months ago -- he's asking $85 mil for the sweet pad ... one he's long called home since snapping it up in the '90s.

He'd initially listed it in February at $110 mil ... but we're told no one was biting at the time, so he slashed the price by a lot -- some $25 mil or so to get it at its current price. Sly didn't have any takers at the time -- so he yanked it off the market.

But, things have changed. The real estate market in SoCal is hotter than ever, and houses in gated communities are going at a premium. So, this time around ... it's a very good bet someone's gonna scoop it up. 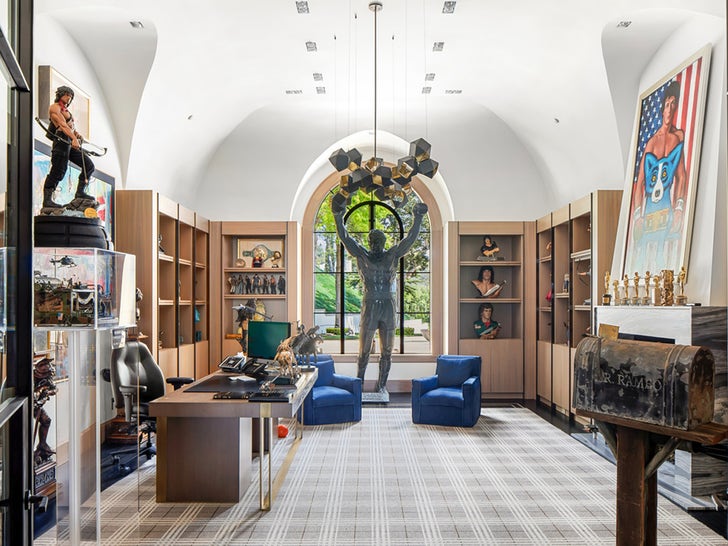 Whoever buys this puppy is gonna have a whole lot of room to spread out -- the house sits on over 3 acres of land. It's quite literally a palace ... a custom one at that which SS himself made to his liking, and which is essentially a shrine to his 'Rocky' legacy.

We don't think any of that stuff is gonna stay, but whatever is studs-in certainly will ... including every awesome thing the property offers. For example, there's an 8-car garage, an art studio, a sauna and steam room, an infinity pool, a private theater, a gym ... and a cigar room, just to name a few of the perks of shelling out. Plus ... Sylvester himself lived there! 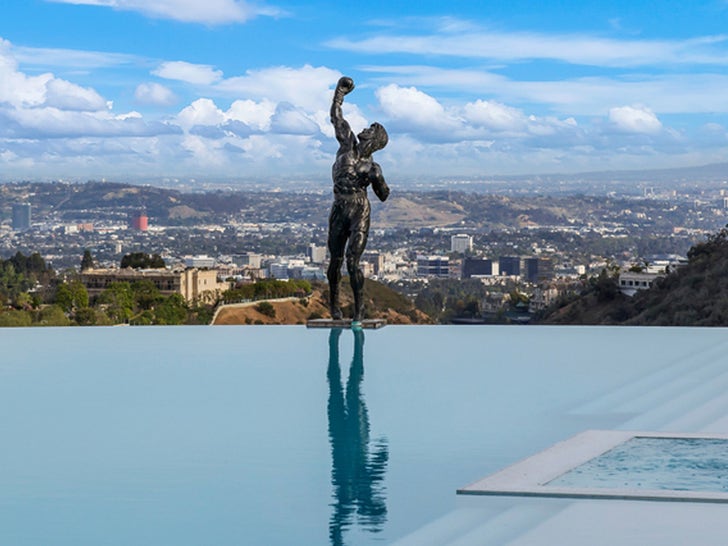 Sly, Jennifer and the kids have left La La Land for good. They're now ensconced in Florida -- like a lot of other celebs -- and he's just trying to shed the last of his compounds here. Step right up ... come and take on the champ, if you can afford it.

The massive pad is listed by Tomer Fridman, Kurt Rappaport and Jade Mills. 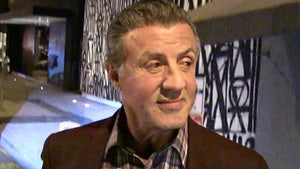 Sylvester Stallone is Not a Member of Mar-a-Lago