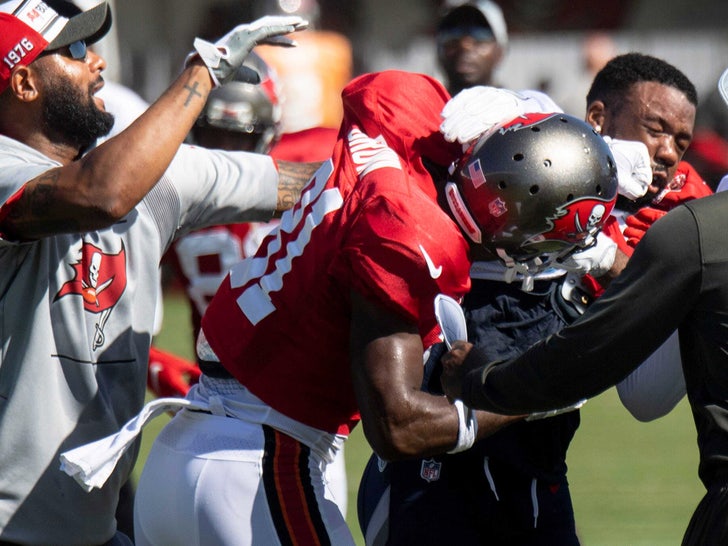 Antonio Brown was NOT making friends at the Buccaneers' joint practice with Tennessee on Thursday ... throwing punches and ripping a Titans player's helmet off in a wild brawl!!

Here's how it went down -- the 33-year-old Super Bowl champ was going up against 2nd-year cornerback Chris Jackson during some one-on-one drills ... when things got out of hand QUICK.

No word on what exactly sparked the altercation, but it had to have been serious. 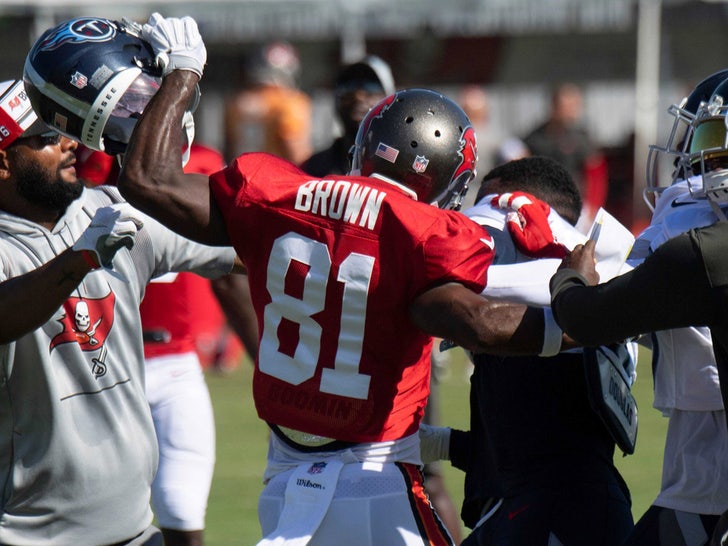 Check out the pics ... AB is seen connecting on a wild punch that lands on Jackson's jaw before grabbing at his helmet and tearing it off CJ's noggin.

AB was immediately ejected from the practice ... but it doesn't seem like a big deal to his coach, Bruce Arians, who joked he thought his receiver was just swatting at flies.

Of course, AB has been trying to keep out of trouble after a controversial past few years ... even shacking up with Tom Brady in Tampa Bay when he first joined the Bucs.

But, if Arians is laughing off the sitch, then everything must be okay with the team.

Looking at that punch, though?? Maybe it's a good thing that AB vs. Logan Paul boxing match never happened ... for Logan's sake.