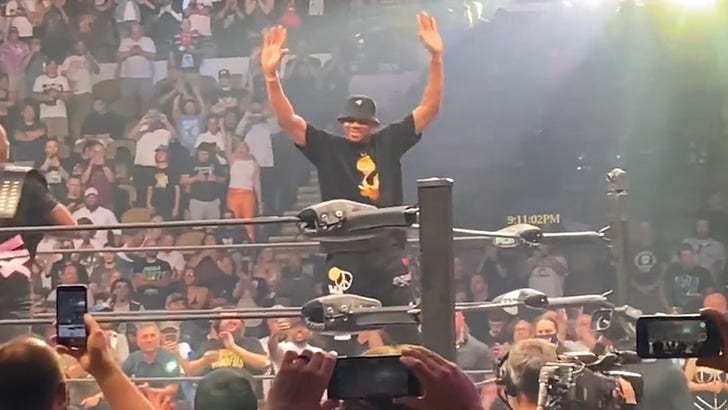 Okay, so Giannis Antetokounmpo wasn't frog splashing anyone, but the Bucks champion DID make a surprise appearance at an AEW event at Milwaukee's American Family Field on Wednesday ... and the crowd lost their damn minds!!

The MVP brought his son, Liam, to the "Dynamite" event ... getting a front-row seat and having an absolute blast, according to Todd Rosiak.

But, Giannis wasn't just there to sit and watch all the stars get all the action -- the 6'11", 242-lb. basketball player channeled his inner wrestler by stepping into the ring with a championship belt and climbing up on the ropes!! 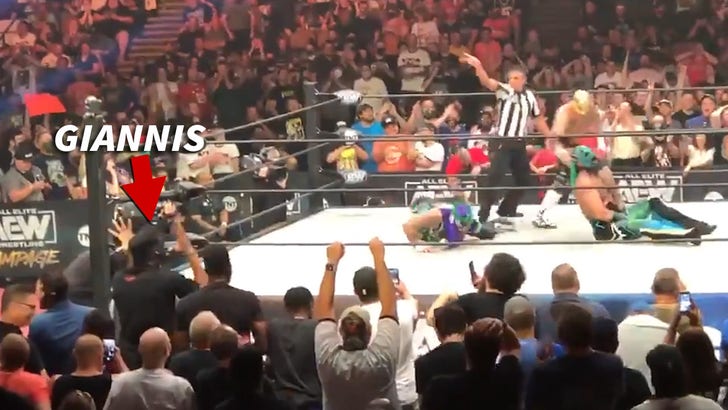 Giannis is seen smiling from ear to ear... basking in all the glory as fans chanted "MVP!!!"

There was one *gasp* moment -- Giannis' foot slightly slipped as he left the ring ... and some folks in the crowd held their breath before their beloved superstar regained his balance. So don't worry, Bucks fans. Your guy is totally fine.

There are rumors the appearance will air on AEW's "Rampage" on Friday ... and we're sure it's gonna be epic.

Giannis even got to hang out with some of his favorite wrestlers -- Chris Jericho and Sting -- afterward ... posing for a pic and chatting it up!! 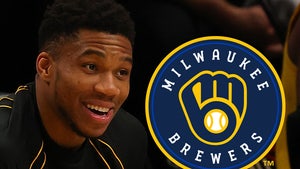 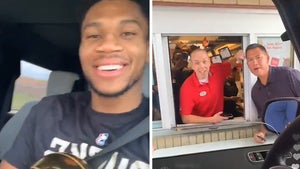