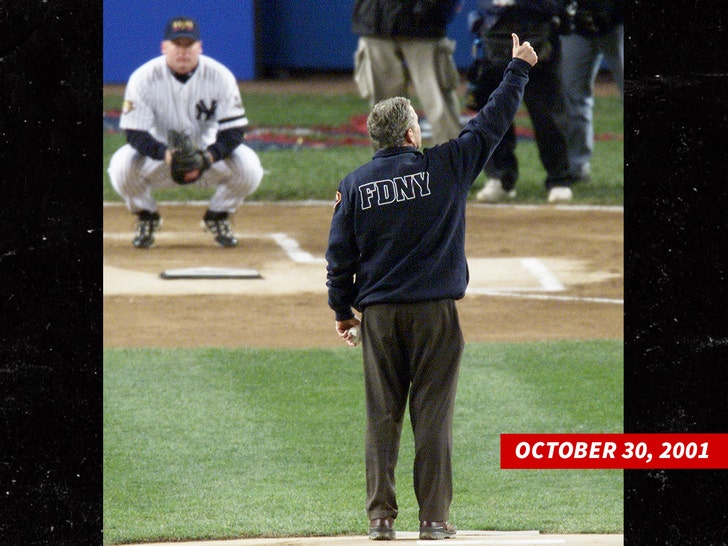 Today marks the 20th anniversary of the September 11 attacks ... and the man who caught President Bush's ceremonial pitch before World Series game 3 in NYC says #43 sent him a letter this week, commemorating the powerful moment.

TMZ Sports talked to former New York Yankees catcher Todd Greene -- who was Jorge Posada's backup at the time -- about that unforgettable October night in the Bronx, only 49 days after 9/11, when GWB fired a strike from the mound, symbolizing America's resolve. 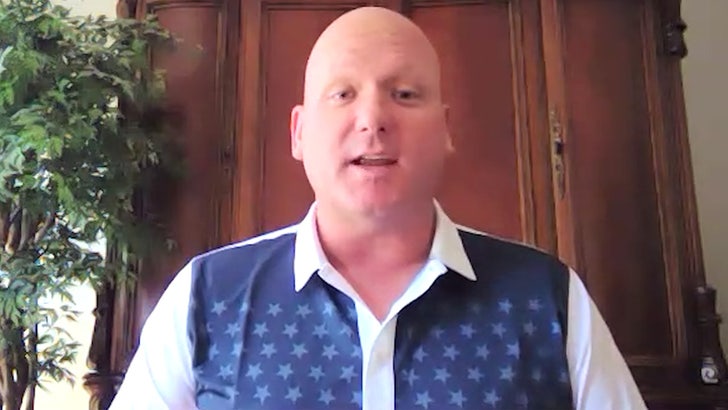 "I get the same feeling too when you think back to that moment and how electric the stadium was that night and just what it meant for our President Bush to walk out on the field and as a symbol of strength, as a symbol of healing, as a symbol of unity for our country which is really, really important," Greene, who played 11 seasons in the big leagues, tells us.

"To hear the USA chants and then have President Bush give the thumbs up on top of the mount -- it was, again like you said, it will get the hairs standing on your arms now."

Of course, baseball season was in full swing when the terrorist attacks happened ... and the sport played a critical role in bringing back a sense of normalcy to America.

The 2 most unforgettable moments were Mike Piazza's go-ahead home run against the Braves 10 days after 9/11 ... and of course, Bush's pitch.

The Yankees ended up winning the game (down 2 games to none, they had to), behind a strong performance from Roger Clemens, 2-1. 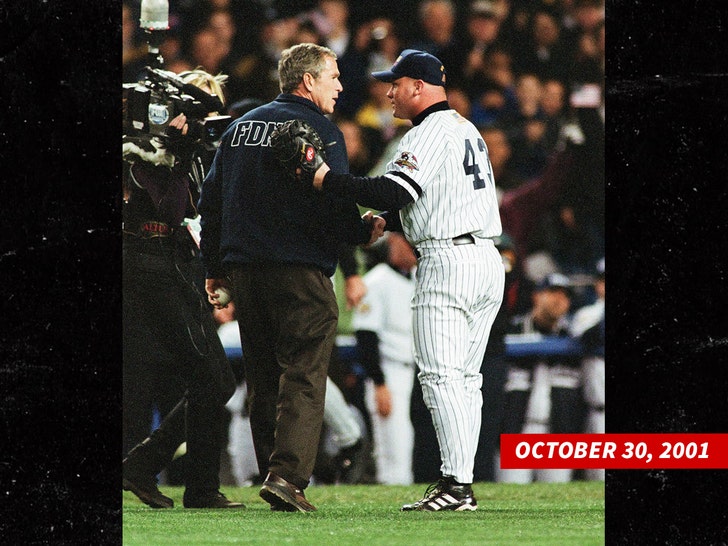 Greene -- who wasn't even supposed to be the catcher who caught the pitch -- says he hasn't spoken to Bush over the years, but did receive a letter in the mail on Wednesday from the former president.

"He sent me a personalized letter that I just received yesterday. President Bush saying how much that moment meant for him and that he was honored, well not honored, I was honored to be on the field with him at the time and just in remembrance of that moment."

"So, it was a really cool deal to get a letter like that from President Bush." 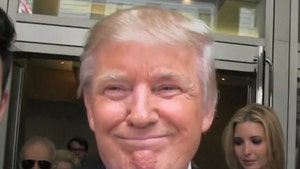 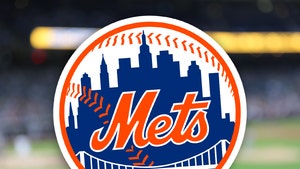