L.A. Sparks hooper Erica Wheeler continues to do her opponents dirty with her filthy crossover ... and Atlanta Dream guard Odyssey Sims was her latest victim, getting dropped Thursday night.

... and Wheeler did it in front of the ATL fans.

The Sparks played the Dream in College Park, GA Thursday night ... winning 74-68 in a must win to keep their playoff hopes alive.

Brittney Sykes and Nneka Ogwumike led the Sparks with a combined 32 points -- but the highlight of the game was Wheeler's nasty crossover on Sims.

OMG @EWeezy_For3eezy DOES IT AGAIN!! 😱

The 5-foot-7 guard sent Sims flying across the court after a nasty step back and finished it off bankin' in a wide-open jumper.

And, Wheeler recently did the same thing to Sue Bird ... one of the greatest WNBA players ever!

EW broke her ankles Sunday ... sending the Seattle Storm guard to the floor, nearly smacking her head on the hardwood.

Oh my word what Erica Wheeler did to Sue Bird (with replays) 😬 pic.twitter.com/K2B1oR6fmv

The Sparks need all the momentum they can get ... they're fighting to make playoffs -- sitting in the ninth spot -- half a game behind Washington Mystic.

L.A. needs the Mystics to lose to the New York Liberty on Friday ... or they'll fail to make the playoffs which start on Sept. 23. 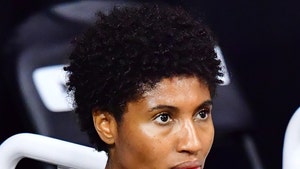 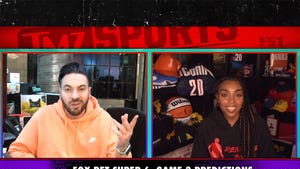 WNBA's Renee Montgomery Rolling W/ Suns In Game 3, Will It Pay Off?!