Spotemgottem is recovering in a Florida hospital after being shot multiple times in a Miami road rage incident.

Law enforcement sources tell TMZ ... Florida Highway Patrol responded to a road rage incident involving a shooting around 3 AM Friday, with the car the rapper was riding in being shot at least 22 times on the driver's side.

Our sources say the driver told troopers he was driving southbound on I-95 when gunshots started ringing out from another car. We're told the driver was shot in his hip, and Spotemgottem suffered gunshot wounds to both legs, and they were both taken to a local hospital in stable condition.

Spotemgottem's manager, Dee Phatboy, tells TMZ ... the 19-year-old rapper was riding in the passenger seat when another vehicle pulled beside them and shot up Spotemgottem's ride with an automatic weapon.

The "Beat Box" rapper's manager says Spotem was being driven from a Miami recording studio when the shooting went down ... and he's expected to make a full recovery.

Spotemgottem has collabed with the likes of DaBaby, Polo G, Pooh Shiesty and NLE Choppa.

Law enforcement is still searching for the shooter, and is urging anyone with information to come forward. 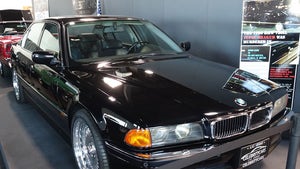 BMW Tupac Was Shot in Getting Lots of Offers, But All Missing the Mark