If you thought your bar tab was bad this weekend ... there's no way it topped Bruce Barnum's -- 'cause the Portland St. head coach revealed this week he dropped $14,000 to pay for fans' beers on Saturday!!

The coach -- who promised supporters he'd pick up ALL of their suds if they showed up to PSU's game against Western Oregon -- showed off the receipt Tuesday ... and it's pretty staggering.

Of course, we're pretty sure Barnum was happy to foot the bill ... 'cause, after all, his team did beat the Wolves 21-7 in a laugher.

Unclear if Barnum is planning similar things for PSU's upcoming games -- but, hey, can't mess with something that's working, right?

Next game for Portland State is Saturday against Montana State ... come thirsty??? 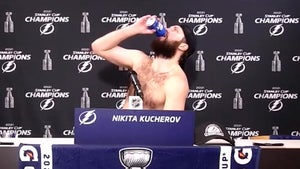 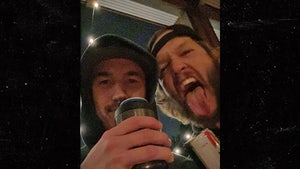