Richard Sherman is still gunning to play football in 2021 ... and he's imploring any GM interested in signing him to judge him off his game tape -- not his wild July arrest.

Sherman, speaking in-depth about the crazy incident at his in-laws' home for the first time since the arrest, made the statements to NFL reporter Doug Farrar ... and explained he's ready to go if any NFL team wants to sign him.

Sherman also said he understands the July 14 tirade -- one in which he nearly beat down his wife's parents' door in a fit of rage -- wasn't exactly the best look for him.

Still, the 33-year-old corner said he thinks none of it should deter any NFL squads from putting him on their rosters.

"If you're judging me off a momentarily lapse then I think it's going to be -- then I'm probably not the player for you either way," said Sherman, who then vowed to burn any team who passes on him.

Sherman has only been linked to one squad since the incident ... with Tampa Bay Buccaneers coach Bruce Arians confirming they've checked in on the 5-time Pro Bowler recently.

As for any potential discipline from the NFL that might come down on Sherman due to the arrest -- the cornerback said he has not heard any news on that front.

Sherman's case, meanwhile, is still playing out in the court system ... with the football player saying he doesn't anticipate it wrapping up until after the season. 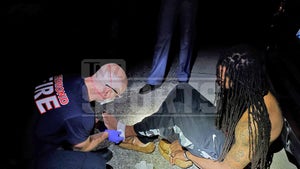 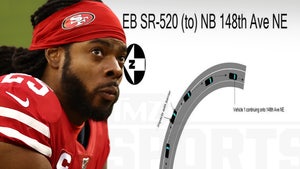