Ohio State has booted one of its linebackers off the team ... after the dude had a complete meltdown on the sideline during the Buckeyes' game over the weekend.

Pope was reportedly so upset over his role in the defense and his playing time ... he ripped off his gloves and threw them into the stands -- and then tried to take off his jersey too.

Pope was eventually escorted to the locker room ... and just minutes after the tirade -- while the game was still going on on the field -- he tweeted (and later deleted), "f*** Ohio State." 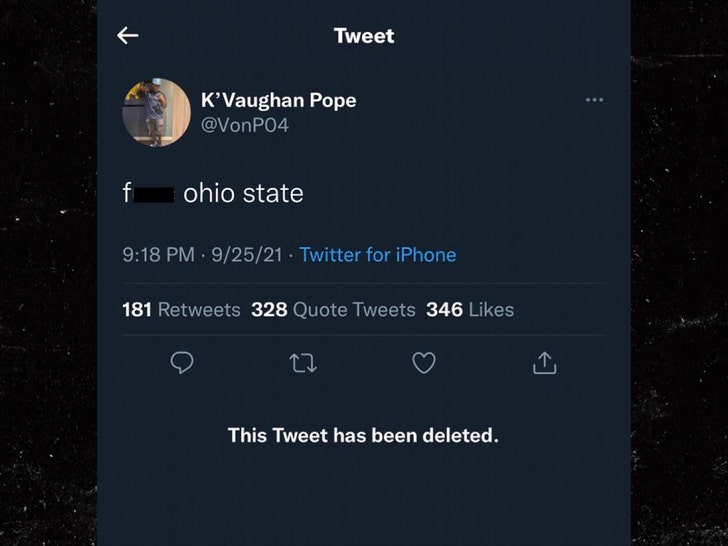 He also added in a second tweet, "good lucc to my teammates."

On Sunday, roughly 24 hours after the incident, head coach Ryan Day announced Pope would no longer have a spot on OSU's football team over it all.

"K'Vaughan will continue to have the use of programs that benefit our student-athletes, such as our Student-Athlete Support Services Office, and we will support him with his progress toward graduation," Day said.

"He will remain on scholarship through the duration of this semester."

For his part, Pope apologized for the outburst ... writing in a tweet Sunday, "I made a mistake and know that I need to be better and do better. I’m going to take this time to reflect and work on my mental well-being."

Pope had recorded 3 tackles this season and was expected to provide veteran depth throughout the year. 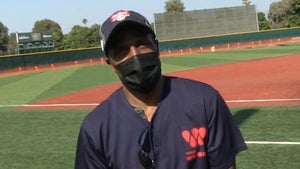 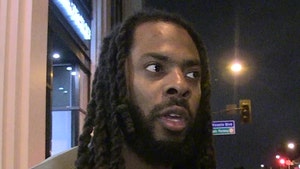 You Might Want to Rethink TMZ Sports Viral Football