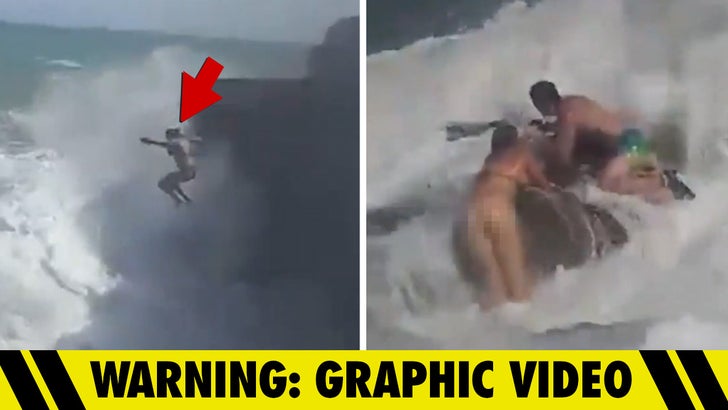 Daring heroics from a fitness coach quickly turned into a double tragedy -- after he jumped into rough ocean water to save his friend, both of them were swept out to sea ... while his wife was recording.

The dramatic video shows Daniil Gagarin leaping into the choppy waters to save his friend and fellow fitness expert Emma Mönkkönen at the La Zorra cove in the resort town of Torrevieja, Spain.

Through it all ... Daniil's wife, Darya, is filming the incident. At one point you can see Daniil gets a hold of Emma and they're both holding on to a rock. Darya's screaming to her husband, but suddenly a violent wave crashes on top of them and they're swept out into the Mediterranean sea. 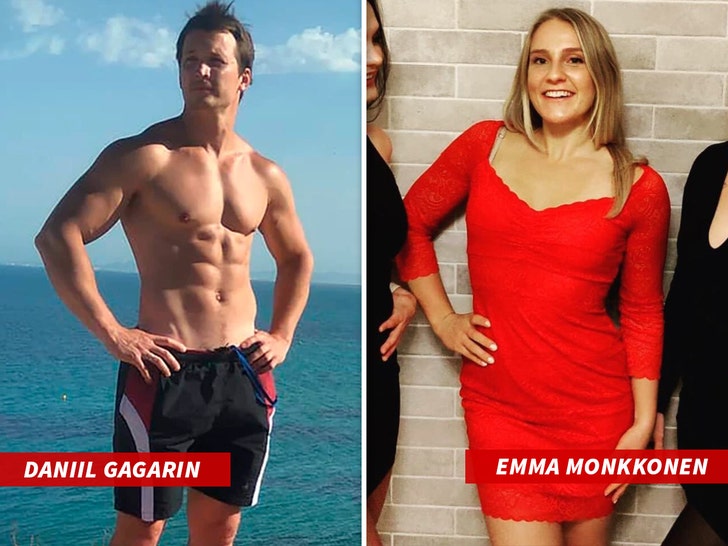 You can hear the despair in Darya's voice, who cries for Daniil ... but both Daniil and Emma disappear.

According to a report ... Emma's body was recovered a couple of miles away from where the incident happened. Daniil's body was found the next day. 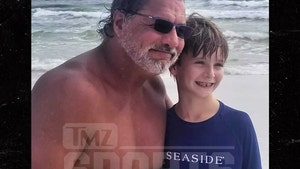 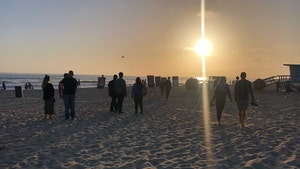