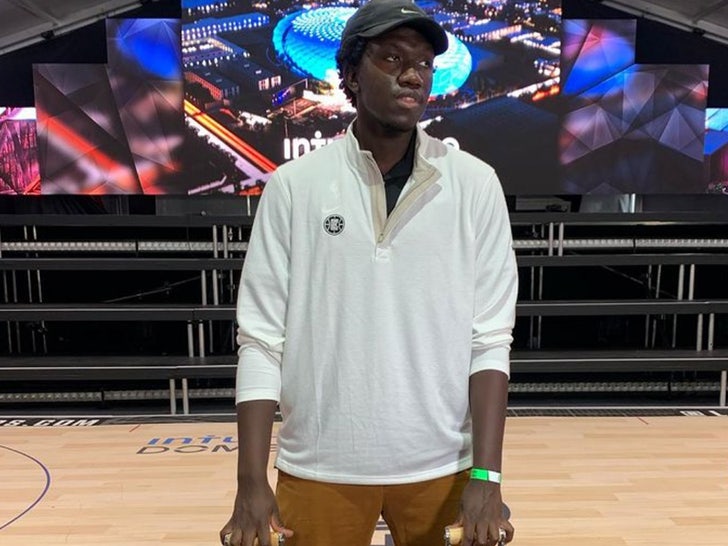 Drame, who joined the organizations as an intern in 2019, worked with the Clips digital media group.

Before the fatal crash, Assane was present at the Clippers ground breaking ceremony in Inglewood Monday afternoon.

Officials say Drame was on the 10 Freeway in L.A. ... when he pulled his 2012 Honda Accord to the shoulder off the road. Moments later his vehicle was hit by another car, causing fatal injuries.

Assane was originally reported missing by his family after they received a call from Clippers HR, saying he hadn't showed up to work.

The statement later continued ... "He was a hard worker and a gentle soul, passionate about his craft and kind to his colleagues, earning the respect and admiration of players, coaches and staff."

And, that's clear ... 'cause players like Nicolas Batum and Terrence Mann expressed their condolences online.

The Rowan University alum is survived by his family in New Jersey.