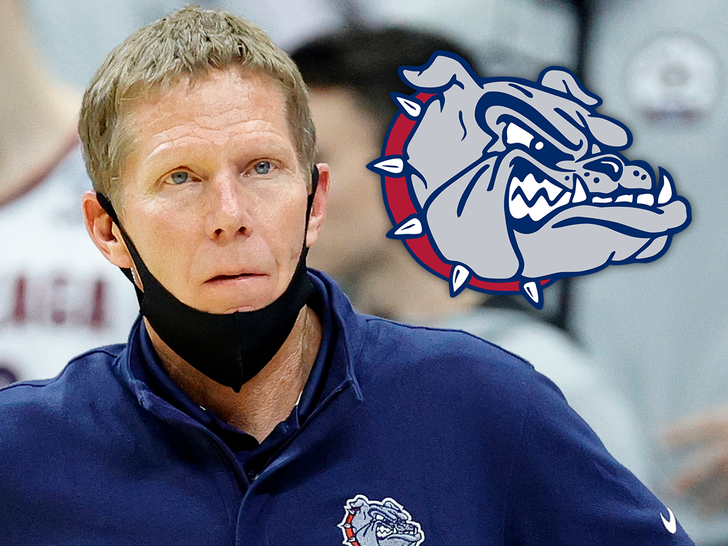 Mark Few, Gonzaga head basketball coach, has been suspended by the university following a DUI last month ... and will miss his team's regular-season opener in November.

As we previously reported, Few was cited -- but not arrested -- the night of September 6 ... after the hoops coach was stopped by cops in Idaho, about 30 miles from the Zags campus.

Now, university officials have acted ... suspending MF for a little over 1 month.

The coach will miss their "Midnight Madness" festivities (the first time teams can officially practice), as well as 2 exhibition games. Most importantly, Few will miss the regular-season opener on November 9 against Dixie State.

It's expected that Few will likely be on the bench for his squad's 2nd game against Texas ... a far superior team to Dixie State.

FYI, Gonzaga lost in the NCAA Championship game to Baylor last year. The Zags will likely be the #1 team in the country when the preseason polls are in.

Few -- who previously apologized for the "lapse in judgment" -- addressed the suspension on Saturday.

"I have had a month to reflect on the regretful decisions I made on Sept. 6. I again offer my sincere apology and I remain committed to learning from this mistake. As a consequence of my error in judgment, I will not be present at Kraziness in the Kennel and the first three games of our season."

"I know this impacts our student-athletes and the coaching staff as we begin the season. I understand the severity of my actions and am sorry for the impact this consequence has on our team. Thank you again to those who have supported me, my family, and our program throughout this process."

"As Athletic Director I believe it is possible to both address the seriousness of an incident and the need for accountability, while extending support and compassion to one who both accepts responsibility and commits to resolve their failing," Gonzaga AD, Chris Standiford, said.

He continued ... "Coach Few's statements regarding full accountability are a reflection of his character and consistent with his demonstrated leadership approach over two decades."

Few, AP Coach of the Year in 2017, has been the head man at Gonzaga since 1999 ... and has turned the small university into a national powerhouse on the hardwood. 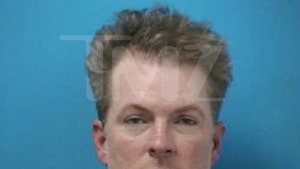