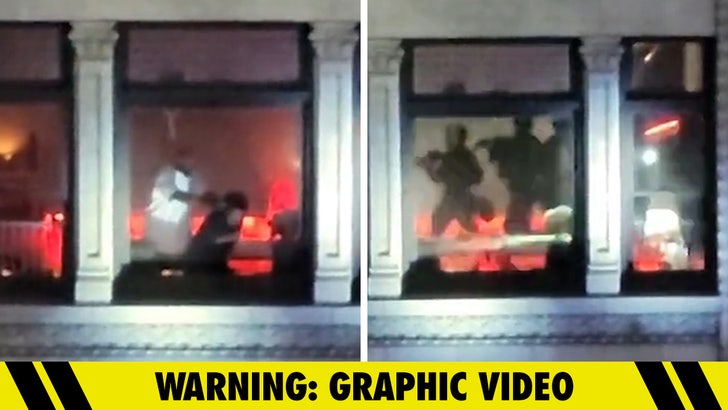 A crazed gunman on an alleged crime spree in L.A. ended his trail of terror by taking a woman hostage -- only to be killed by cops who stormed in ... all of which is on video.

LAPD says this guy was on a criminal tear before fleeing into the Santa Fe Loft & Apartments high-rise building in downtown Friday ... running into a lady in the halls as police were hot on his trail, and forcing her into her unit at gunpoint -- barricading himself inside. 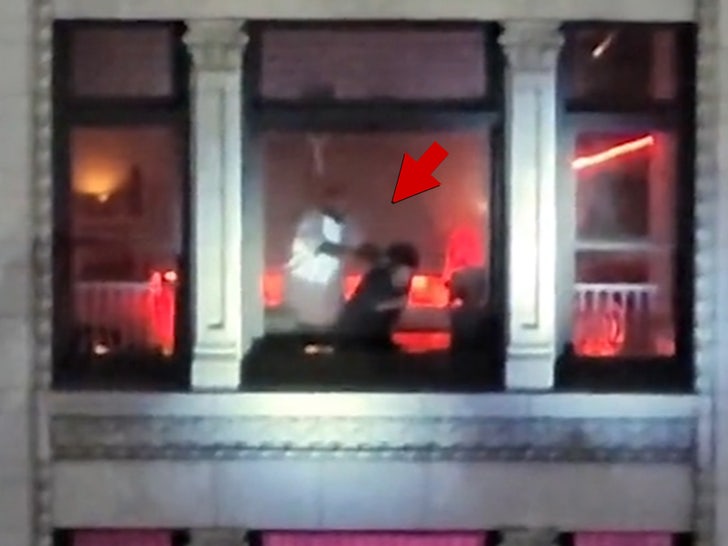 From there, a tense standoff unfolded -- but even prior to what you see on video here -- captured by another DTLA resident from across the way -- cops say the gunman was running amok on the streets ... allegedly shooting folks in a business, trying to carjack someone and even attempting to shoot someone in the head, with the gun failing to go off.

Like we said, this was his final stop -- and as you can see ... it was truly life or death, as the guy clearly appears to have had his own gun at her head while she was on her knees.

They saw the suspect in a hallway armed with a gun forcing a female to come with him. At that point, we knew we had a hostage situation. While LAPD personnel were outside of the complex they saw through a window, the suspect holding a gun to the hostages head.

Helicopters were zooming ... and within minutes, a SWAT team was at the door, trying to negotiate with the man -- but ultimately decided to bust in and take control of the sitch, which they did. Luckily, the victim was unharmed as they unloaded their weapons on him.

She'd been moved to another area of the apartment, and was taken to a hospital afterward for an evaluation. Considering the violence this man is alleged to have inflicted before this ... it's a miracle the woman was left relatively unscathed, and walked away with her life intact.

Based on the already incredibly violent actions & fearing the suspect was going to kill the hostage, SWAT entered the apartment. An OIS occurred and the suspect was struck by gunfire and has died at scene. The hostage has been taken to a local hospital. The firearm is at scene.

The cops explained their actions on Twitter ... saying that based on what they'd been told the man had already done and the dire nature of the moment -- in addition to what they themselves were seeing via surveillance -- SWAT decided to take action ... and an officer-involved shooting occurred, killing the suspect on the scene.

You can actually see them shooting and killing the man in the clip -- and it appears there was more than one officer who fired. It's a graphic scene ... so viewer discretion's advised. 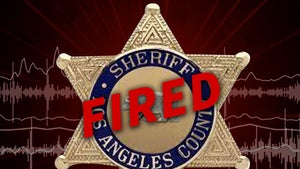