It's been over two months since the Olympics, but Simone Biles says she's still dealing with the "twisties" ... adding that she's straight-up "scared to do gymnastics"

Biles was hit with the issue in Tokyo in July -- explaining to her followers at the time that a mental block was preventing her from controlling her body while doing her most famous mid-air stunts.

Biles pulled out of multiple events due to it all ... though most figured she'd be able to return back to normal after a break.

But, in an emotional interview Thursday morning with "Today" show host Hoda Kotb ... Biles said she still can't fly through the air like she used to.

“I’m proud of myself and I’m happy that I can be a leader for the survivors.” -@Simone_Biles to @hodakotb pic.twitter.com/fYp0VUrwSZ

"It's not the same," the 24-year-old said, fighting back tears. "To do something that I've done forever, and just not be able to do it because of everything I've gone through is really crazy because I love this sport so much. It's hard. I'm sorry."

She added, "I'm still scared to do gymnastics."

Biles has been performing in the Gold Over America Tour the past few weeks ... though she said she's kept her routines simple and has avoided any twisting. 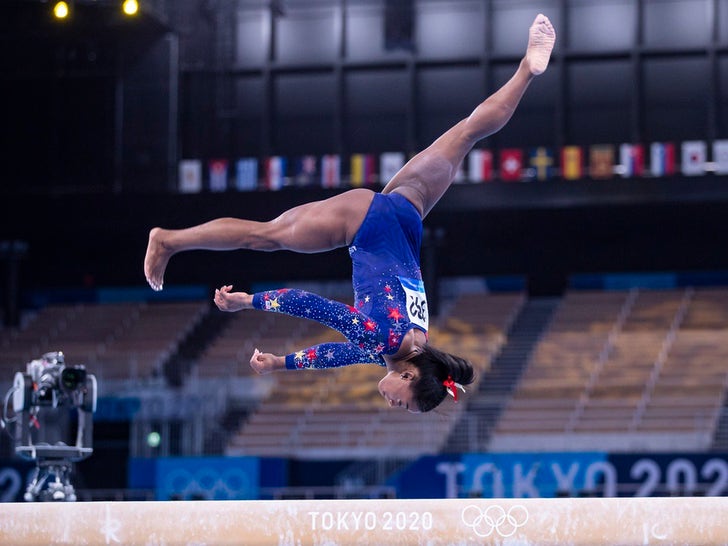 The gymnastics legend, though, said she's sure her tricks will "come back" eventually ... telling Hoda in the meantime she's happy to "be a leader for the survivors."

"I'm happy to be a voice for them," Biles said. "We go through our own things. It's hard."

As for her future in the sport, it's unclear if Biles is intending to continue her Olympic career ... she's yet to commit to taking part in the 2024 Games in Paris. 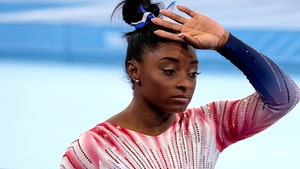 Simone Biles Fires Back At Critics, 'Can't Hear You Over My 7 Olympic Medals'