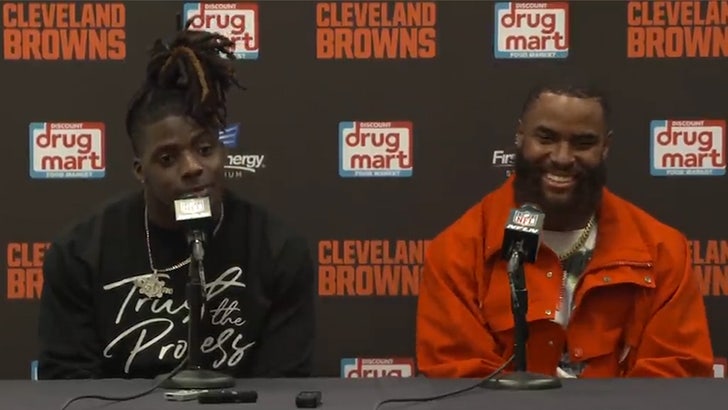 Cleveland Browns running back D'Ernest Johnson was in complete shock when he found out LeBron James showed him love after his breakout game Thursday night ... giving a hilarious reaction to the shout-out!!

25-year-old Johnson balled out against the Denver Broncos in his first NFL start, rushing for 146 yards and a touchdown on the ground and adding 22 yards through the air.

LeBron -- a diehard Browns fan as of a few years ago -- took note of the performance and tweeted his support for DJ Thursday night ... saying, "D’ Ernest Johnson on 1 tonight!! Love to see it! #Browns"

A+ effort from D'Ernest Johnson! 😤

Johnson got wind of the shoutout during his postgame presser, and he could not believe it.

"LeBron James, I appreciate it, man. That means a lot." 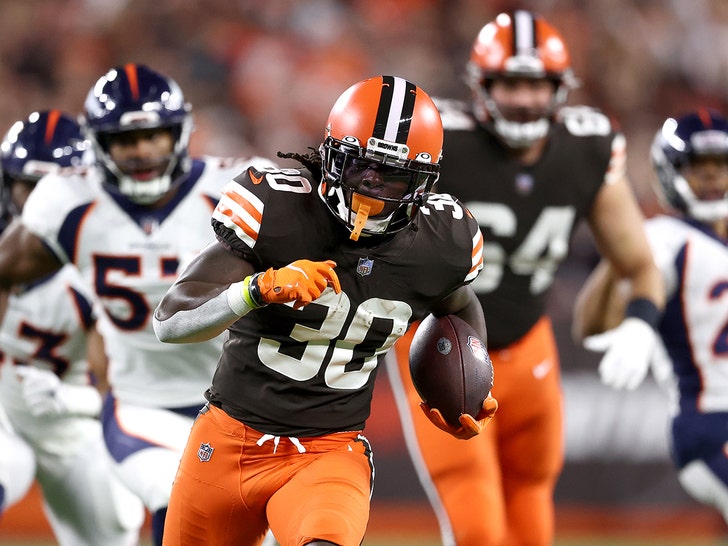 BTW, Johnson's story is incredible -- he spent a year working on a fishing boat catching mahi-mahi after going undrafted out of the University of South Florida in 2018. When the Alliance of American Football debuted in 2019, he DMed every team in hopes of getting back on the field.

After spending 8 games with the AAF's Orlando Apollos, he joined the Browns in 2019 as a backup. With Nick Chubb and Kareem Hunt out with injuries, Johnson stepped up and helped Cleveland get the much-needed win on TNF.

So, did Johnson celebrate the big win with some mahi-mahi??

"Definitely not having no mahi-mahi, probably have some salmon, but not mahi-mahi."

Congrats on the big game, D!! 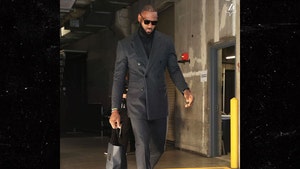 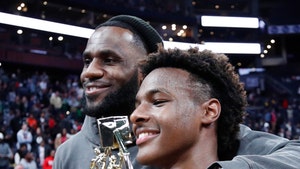